CHANGING THE FACE
OF FUNERAL SERVICE

Supporting you through a stressful time surrounding a death is what we do. We do it with an open mind and no preconceptions.

We have always tried to have an eye to the future when it comes to serving families who have suffered a loss. The present methods utilized by funeral homes are time honoured traditions but very limited and expensive. Memorializing a life should not be based on the old school bricks and mortar; it should come from the perspective of what your loved one would have wanted, and be realistically based on your specific needs today. 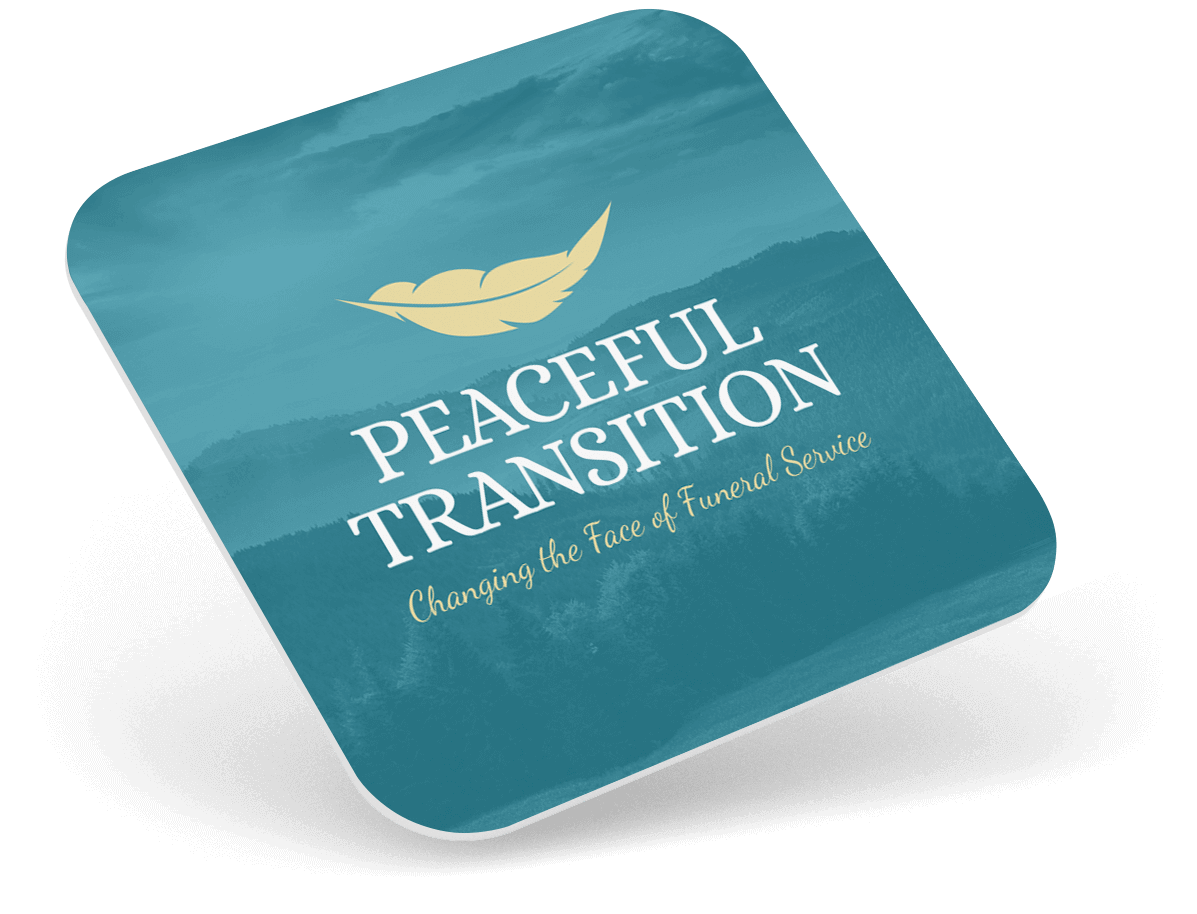 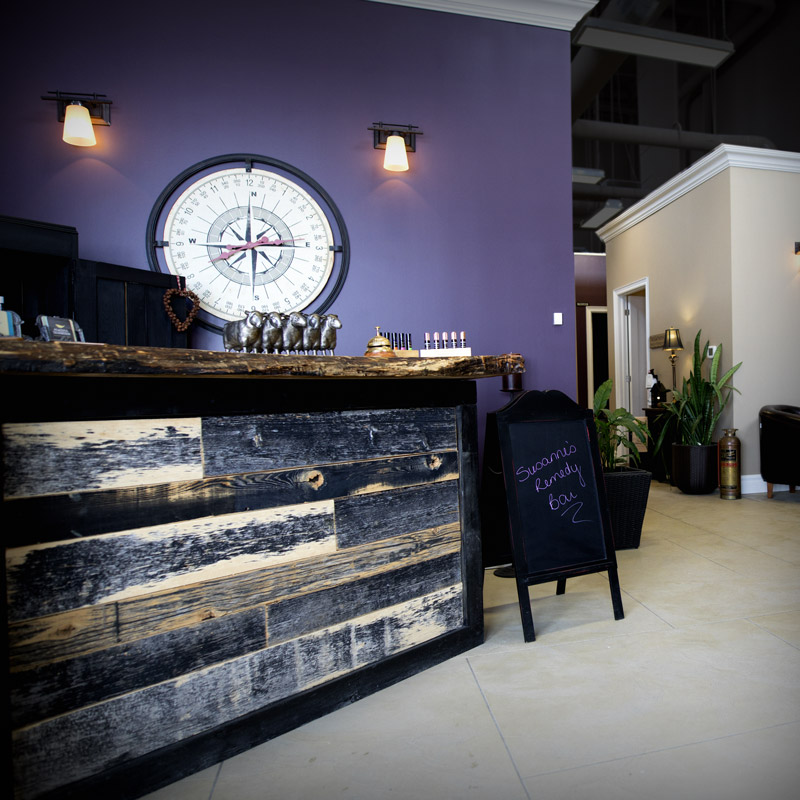 Our Peaceful Transition locations are thoughtfully designed and staffed with no outcomes in mind,  other than to make you and your family feel as comfortable as possible. It is our privilege to serve families on their terms not ours regardless of the direction that takes us. Our model of business allows a flexibility and ability to offer much lower prices than you will find in the outdated traditional funeral homes. If a traditional funeral is appropriate we are more than capable to provide it; if, however a celebration of life, a party or a simple family dinner is most reflective of a life lived we can be there for you as well.

With everything from cremation jewelry you would have never imagined, to serving you a cold pressed juice while you are making arrangements, to providing you with a Peaceful Transition essential oil to help you relax, we are positioned to be there for you like no other can be. Where our journey takes us next is up to you.

Susanne Pretty and Jeff Scott are changing funeral services with Peaceful Transition, a fully licensed funeral establishment that can offer all the merchandise and services of a traditional funeral home, at a fraction of the cost. “Our business is appealing for those of us who prefer alternative choices from customary services offered by most funeral homes such as embalming, long visitations, over priced caskets, concrete vaults and urns,” says Susanne. “We’re proud to be the busiest funeral home in Simcoe County”… [Read More]

Susanne has lived in Barrie for over 35 years and is thrilled to be serving the communities that she knows and loves. Susanne has been a Registered Massage Therapist for over 25 years. She has continued to upgrade her education and received extensive training in Palliative Massage Therapy, attended Meditech International for Certification in Laser Therapy for the treatment of musculoskeletal disorders and she acquired a Diploma in Homeopathic Medicine.

Susanne has also completed Funeral Service Education graduating with honours in 2010 and went on to become a Certified Funeral Celebrant in 2011. Susanne recently completed over two years at Royal Victoria Regional Health Care Centre, assisting Pathologists in the Histology/Pathology department learning the skillful art of autopsy. Today Susanne still practices geriatric and palliative massage at Hospice, Hospital or Home on a volunteer basis.

A third-generation funeral director originally from Woodbridge, Ontario, Jeff became a licenced funeral director in 1982. Following the sale of the family business, Jeff went on to manage a number of locations for the Trillium Funeral Service Corporation, became a regional director and ultimately the President of the largest funeral group in Ontario. In 2006 Jeff was promoted to Vice President of Arbor Memorial Services and one year later to Senior Vice President overseeing Arbor’s 97 Funeral Homes across Canada. In 2009, Jeff resigned his position with Arbor and purchased the Steckley-Gooderham Funeral Homes.

Jeff has worked as an industry consultant, taught Business and marketing at Humber College and Chaired the Humber College Advisory Committee for the funeral service program as well as being a guest speaker at numerous Provincial, National and International Funeral Service functions. Jeff is a past member of the Board of Directors of the Royal Victoria Regional Health Centre.

All I can say is that the Staff and the Owner of Peaceful Transition made me feel more comfortable than ever. I totally want to give a heartful thank you to each and every one of you. I know our mother would be proud and I thank you for everything you have done – thanks ever so much.

My ‘thank you’ seems so small compared to all you have done but it comes from my heart.

Just wanted to let you know how appreciative we are for your assistance, during this time.

...You were very kind when my husband Norman passed away. Wishing you well.

There are not enough words to express what you did for us during a very hard time for us.

With heartfelt thanks for all the work, you did on Shirley’s behalf. We would recommend you folks to everyone. Far less stress and hassle.

David and I want to thank you so very much for all that you’ve done for us. Your job is a very difficult one and you are so good at helping people during their time of grief.

Thank you for your professionalism and support during this difficult time.  Your services were excellent.

My Dad wishes to thank you for your professionalism, care, kindness in his darkest hour. Your help lifted a lot of worry and weight from his shoulders in order to reminisce about a wife, mother and companion all those years. Thank you again for your service to the community.

Thank You, Sarah, for all your kindness, understanding, and support you have given me in this difficult time. Your professionalism made the process easy and comfortable. I would recommend you to everyone and would certainly use you again although let's hope that's not for a long time!

Thank you for all your help and support during a very difficult time for us. Your professionalism, and understanding helped guide us in our time of grief. Your services were excellent.

Thank you to all the staff at Peaceful Transition for your professionalism and caring during the difficult time of my Mum's passing. The family appreciates all you do for your clients and would and do recommend your services to anyone. Tara, you should be proud of the outstanding work you and your staff do.

Thank you, Cheryl and Sarah, for everything! I will recommend Peaceful Transition to everyone. You both were very kind during this difficult time.