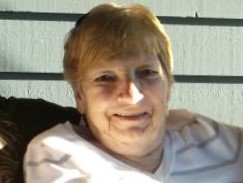 Marion passed away peacefully at Royal Victoria Hospital in Barrie with her daughters by her side.  The primary nurses, Katherine & Christina provided exceptional care to Marion.

In 2006 Marion was asked by her son-in-law, John Irwin to write a short story about her childhood.  This is Marion’s story: “Born in Belmont, Nova Scotia 29 September 1933, the 7th child in a family of 14. 9 girls & 5 boys.  Brought up on a farm which consisted of working horses and a plow, no modern equipment.  I spent many hours in the fields weeding and such.  We had several acres of strawberry’s which were crated and sold.  I enjoyed the farm life most of the time, but it was hard work.  I remember being kept from school to peel pulp wood which was all done by hand.  When my dad hired the wood saw, my job was in the front taking away the wood from the saw, and tossing it in a pile.  I also had to take my turn splitting the wood.  One of my jobs was to lead the horses for water as we were on a well.  Milking cows was an everyday thing after school, clean the barn and feed the animals, as my dad worked afternoons at Debert Army Camp.  We lived 1 ½ miles from school, no buses, it was bad in winter-snow up to your hips.  All in all, it was a good life in many ways, our family always together.  I have great memories of my parents, they were kind and good people, everything they did was for the family.  We moved from the farm when I was 18, to Truro Nova Scotia.  In 1957 I came to Toronto, and in 1967 moved to Stroud/Barrie area.  2006-still here.”

Marion was born to Arthur Ellsworth Armsworthy and Sadie Florence Brunt. As Marion has shared in her story, she was one of 14 children and she proudly shared that she was right in the middle whether you counted oldest to youngest or youngest to oldest.  Survived by daughters, Lelia (John) Irwin, Colleen (John) Ogilvie and grandchildren, Austin Ogilvie, Bryan (Taunya Marcus) Irwin, Russel (Bre) Irwin. Great Grandchildren Noah, Jude and Hailey. Marion is also survived by three sisters: Jean (Currie), Carol (Huntley), and Murtle (Roblee). Predeceased by her husband’s  James Lawrence Sheahan, and Ernie Orchard. Brothers, Covert, Donald, Douglas, Russell, Roland, and Sisters, Doreen, Pauline, Muriel, Beulah, and Patricia.

Marion traveled to Toronto, Ontario and that is where she met Jim Sheahan. She & Jim began their life together in Toronto and the move to Alcona Beach is where they raised their family.  In her later years Marion moved to Barrie.  Marion was always active and very much a part of her children’s and grandson’s lives.  Her grandson’s have fond and fun memories of “granny”, as do her great grandchildren.  Marion was known by her grandchildren as grandma, grandma with the white car and Russell gave her the name of “granny” in his teenage years and “granny” it was from then on!

Marion’s home often had family and friends sharing good times together …. a place where many felt welcomed! Always quick to make friends and eager to help people when she could.  She was a strong independent woman and rarely minced her words. A great cook, she rarely put on a less than perfect meal.  She loved a good joke and laughter was never far away from Marion.  Her cats were her fondest companions over the years. Marion was very proud of all of her family members and each was cherished in their own way – even her son-in-law’s!

Marion’s wish for her family is to take care of one another and to not forger her!  Marion will be missed and remembered each day.  As we look back at our lives with Marion, we have a lot to be grateful for. As per Marion’s wishes there will be an intimate immediate family gathering to celebrate her life!