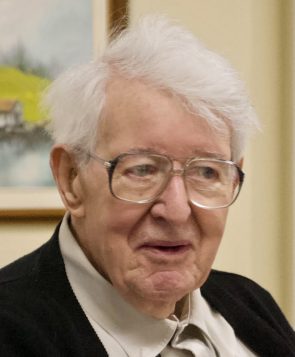 Kenneth Herbert (Ken) King passed away peacefully at the IOOF Odd Fellow & Rebekah Home in Barrie on Saturday, 30 May 2020: he was 93. Ken was born on 28 November 1926 in Croydon, Surrey, England. He graduated with a degree in Geotechnical Engineering from King's College, London University in 1948. Ken worked as a professional engineer for nearly 50 years.

Ken married Jean Margaret Simpson on 21 April 1951. They emigrated to Canada in 1957 and together raised four children. Ken was known for his dry humour and quick wit, and was especially adept at wordplay. As well as being passionate about classical music, Ken was a keen photographer and captured many moments of family life.

Thanks to the nurses, doctors, and staff at Royal Victoria Hospital in Barrie and Muskoka Algonquin Healthcare in Bracebridge, all the PSWs, and the staff and volunteers at Odd Fellow & Rebekah Home for the care and assistance provided over the past year and a half.