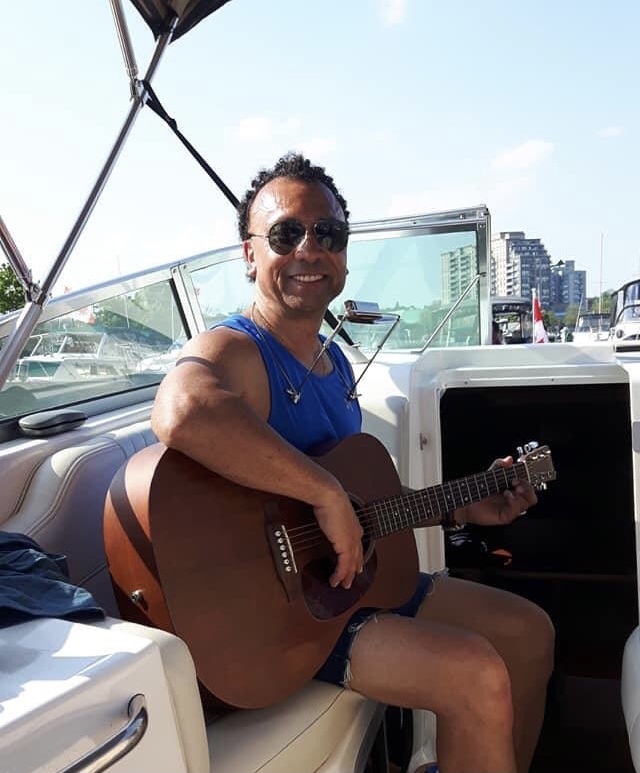 André John Marais was born September 12th, 1963 in Cape Town, South Africa and passed away on Friday October 30th, 2020 in Barrie, Ontario. Husband to the love of his life, Deborah Marais and loving father to his daughter Hailey, 20, and son Jonathan, 19. He was the eldest son of John Marais and Patricia Marais, both in heaven with him, and brother to Wendy and Glenn. He was very close to Deborah’s parents, John and Carol Anne Sanders who thought of him as their own son. He was well loved by all of Deborah’s family and remembered as a man who always had time to listen and be there when needed for them.

Family was the most important part of Andre’s life. He treated his wife, Deborah, like his queen every day of his life and she called him the “King of their Castle”. He was a patient and loving father to his children. André was kind, thoughtful, and full of guidance and lessons in life. Perhaps the greatest lesson was the example shown, while living his rich and full life. André had time and a smile for everyone and believed in kindness as his guiding principle in life.

André lived and breathed music from a very young age, with his parents always playing music in their home. He was a huge fan and a brilliant singer, guitarist and bass player in several bands. He loved playing guitar and singing to friends and family around a fire, on his boat or anywhere the mood struck. No matter where we went, he would always bring his guitar with him and would play in the most unlikely places, including one time a gate at the airport while waiting to board, drawing a crowd around him. People told him that they wished he was going to their resort so they could hear him again. He used music to connect to others and to bring a smile to his friends, family and even complete strangers’ faces.  His daughter Hailey studied piano and voice and inherited his passion and talent for music, often performing together at different events. Hailey has performed at a very high level, performing the national anthem for several years at the Barrie Police Award Ceremony and singing at the 100th Anniversary of the Armistice of WWI at Vimy Ridge.  You could see the pride in his face when we watched her sing and when they performed together.

André was an avid sportsman who played soccer, tennis and hockey throughout his whole life. Hockey was a game that he truly loved, playing goalie for the Aurora Rep team for years, and continuing to play for several different teams throughout his life. He loved the game, and when Jonathan started playing hockey he immediately got involved as an assistant coach. The team won two Ontario Championships with André as their assistant coach.  He eventually became the Head Coach for Jonathan’s team, the Barrie Colts, leading them to a third Ontario Championship. Coaching his son was a huge source of pride for him.

André loved being on the water on his boat. Entertaining his friends and family, and taking sunset cruises with his beloved Deborah by his side brought him so much joy. He owned several boats in his lifetime, including Sweet Dreamz, the Bond Boat, and Back in the Saddle. It was his place of relaxation and somewhere to go and forget about the world for a while. He performed with his brother and friends at Big Chief Island for years, playing on top of the boats to audiences of hundreds of people. It was one of his favourite things to do in life.

André was an extremely devoted and hard worker and he built an incredible career at MAGNA-Massiv Automated Systems. He worked his way from the shop floor in tool and dye to being one of the top people in the company, designing and implementing robotic lines and working with the top automotive minds in the world. He was the go-to guy at Magna and brilliant at his work. He had enormous pride in his career, and it showed in the passionate way he would share his stories and achievements with his family.

André’s spirit and love for life will be sorely missed, as will his kind and generous heart. His compassion and generosity towards others knew no bounds or limits. He was universally loved and admired for his smile, laughter and open, warm heart.

The following link can be used to book a time slot to attend the visitation period: https://newmarket.snapd.com/events/view/1335397"