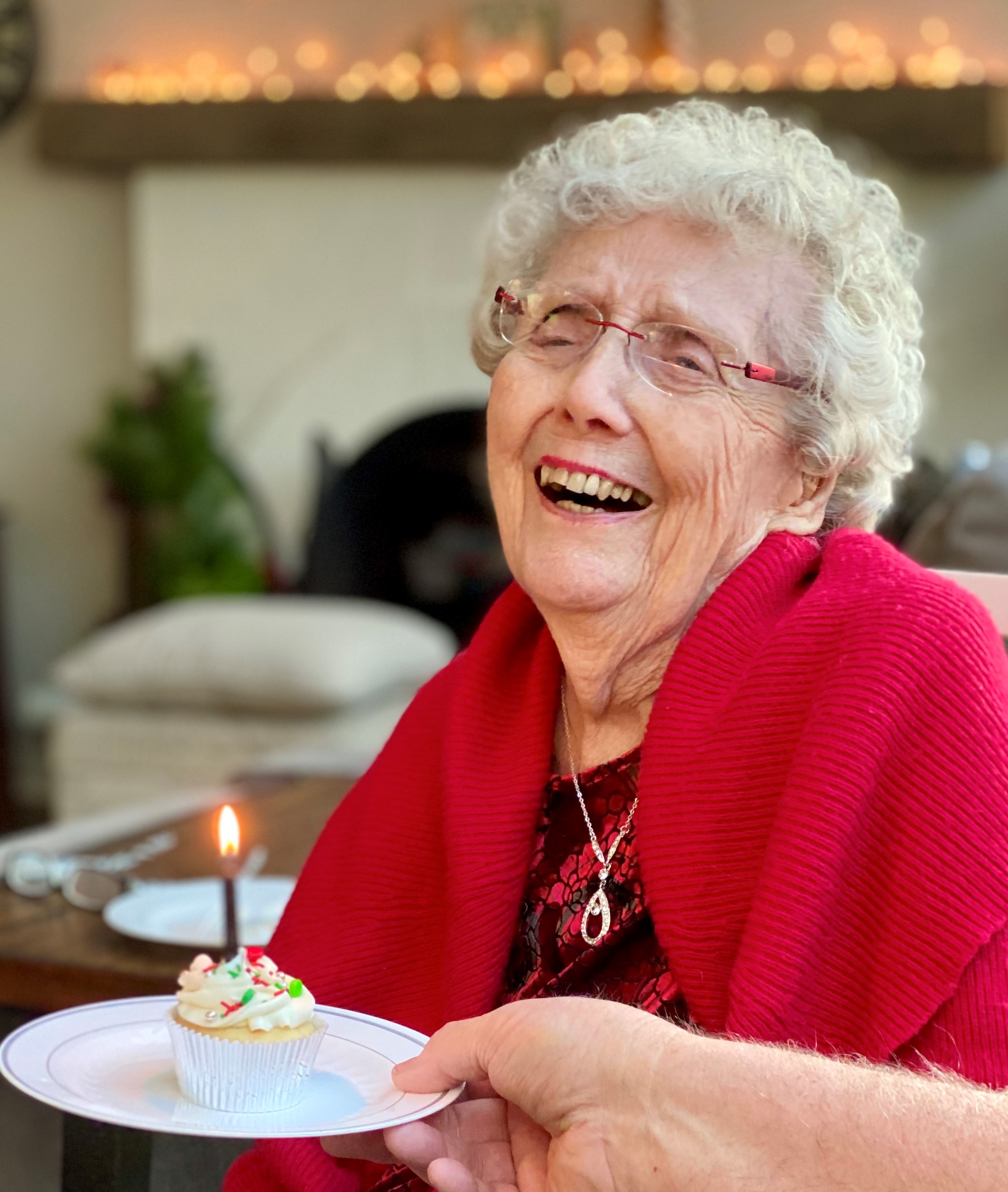 Funeral Details: A Celebration of Life will be announced for a later date.

Barbara was born in Stamford, Connecticut on December 22, 1923, daughter of Helen and Samuel Brown.  She married a Navy man, Ralph Woodburn, on December 27, 1947, after World War II.   She gave birth to a daughter, Donna, and a son, David, but was sadly widowed with two young children in 1963. A homemaker since her marriage, she entered the workforce as a dental assistant in order to support her young family on her own.

Five years later, a close friend introduced her to Murray Swartz, a visiting relative from Toronto.  After a whirlwind romance, she accepted a marriage proposal, and bravely moved to Canada to start a new life. Murray, a widower himself, brought his own three children Karen, Heather and Grant into the new merged family.   When the children were older, she returned to work at Eaton’s and Sears department stores to help support the family. She also volunteered for many years with the St. John’s Hospital Auxiliary where she played a prominent role.

Barbara and Murray enjoyed a happy life together for 37 years, enjoying an active social life until Murray passed away in 2005.  She continued living in Richmond Hill where she and Murray lived after retirement, eventually moving from their condo to Delmanor Retirement Residence in Richmond Hill, and later in 2018 to the long term care facility Southlake Village.

The family would like to express their deep gratitude to the wonderful staff at Southlake Village. During the months from March onward, the facility was in lockdown due to the Covid-19 Pandemic.  This left her unable to see her family In person, and her acute hearing loss prevented most communication by phone.  Video conferences arranged by Southlake staff helped to bridge the separation.  Some very special Southlake staff cared for her, providing more and more support as she needed it in recent months.  Special thanks to Elaine, Bonnie, Ahmed and Heather, to name just a few wonderful people.

In lieu of flowers, donations to a “go fund me “campaign to thank Southlake village Care Heroes would be especially welcome, at https://ca.gofundme.com/f/tlc-for-ltc-southlake-res-care-village-staff

A Celebration of Barbara’s life will be held at a later date with inurnment at Elgin Mills Cemetery, Richmond Hill.  Arrangements entrusted to Peaceful Transition York and condolences may be forwarded to the family through peacefultransion.ca