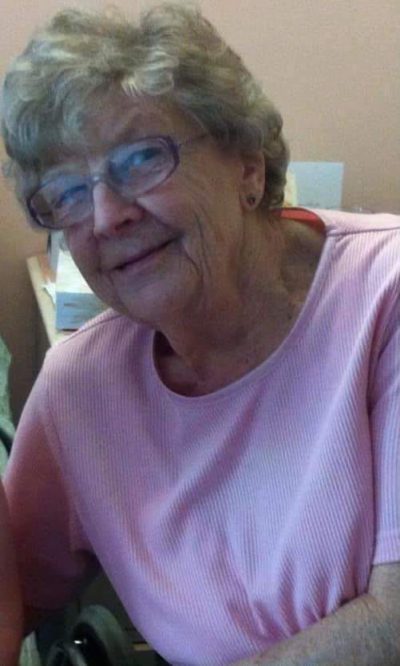 It is with great sadness that the family advises of the passing of our Mom, Bernice Donna Lintick (nee Jory) on May 29th, 2021.  Bernice was the first-born child to Isabelle and Howard Jory on October 14th, 1933.  She was raised in Dalston along with her siblings Garnet, Dolores, Carl and Tom.  Mom worked in Toronto as a nanny while she went to school as a seamstress. After Debbie and Doug were in school, she worked for many years for Kolmar of Canada in Barrie.  Mom liked to sew and look after her rose garden, and loved to watch the hummingbirds at the feeder outside the dining room window.  She instilled her love for gardening in all of us, especially Susan and Rebecca (The Garden Girls).  Unfortunately, the sewing bug didn’t stick with us kids.  She leaves behind her sister Dolores Jones and brother Carl Jory (Martha), daughter Debbie Honey, son Doug Ayres (Anna) and step-daughters Susan Schill and Rebecca Dayman (John), Grandchildren Doug Jr. (Chelsea), Amy Sanford (Nick), Sheri Hasenauer (Kevin), Ryan Schill (Angela), Donna Rachar, Bill Dayman (Kelly), Great grandchildren Taylor, Parker, Madison, Loryn, Jackson, Emmett, Lincoln and Cohen.  Bernice was predeceased by her parents Isabelle Magus and Howard Jory, her brothers Garnet (Ruth) and Tom, and her husband Ray Lintick, brother-in-law Clare Jones and son-in-law Gordon Honey.  We are planning to gather as a family in October in Mom’s memory when we can hopefully travel to be together again.  Rest In Peace Mom, we all love you so much and will miss you.  Debbie, Doug, Susan and Rebecca.  Online condolences and memories may be made at www.peacefultransition.ca