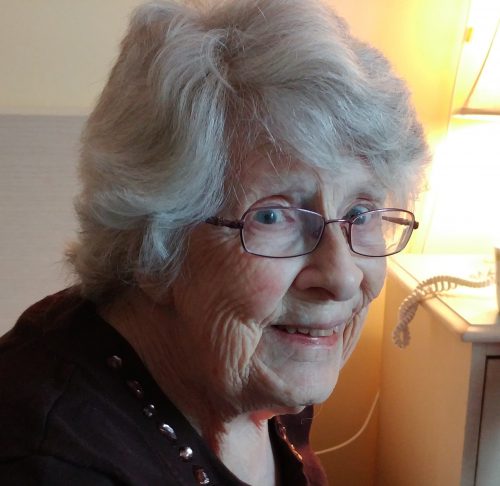 Catherine Bentley was born December 4th. 1926 in Manchester, England and moved to Canada when she was 21.  She passed away peacefully on July 19th, 2022 at Woods Park Care Centre, Barrie in her 97th year.

Catherine moved from Toronto to Barrie in 1967 and began working at Georgian College as secretary to the President for her first year and then moved to teaching in the main campus a year later.  She taught Business Secretarial and Computers to students of all ages.  She retired in 1987 and remained actively involved in the community for many years.

She was preceded in death by her husband, Lloyd Wallace Bentley, her daughter Louise Catherine Turkowski and her son, Lawrence Lloyd Bentley.  She is survived by her daughter, Beverley Bentley and five grandchildren, Larissa Bell, Dawn Lanzarotta, Brian Richards, Cameron Turkowski, Derek Bentley and their spouses.  She also has two great grandchildren, and one great great-grandchild.  We will sadly miss her.

Many thanks go out to the Woods Park team who took wonderful care of her for the eight years that she resided there.  They were like family to her.

It would be much appreciated if donations were sent to the Alzheimer's Society in memory of Catherine.

Celebration of Life Memorial will be announced at a later date.  Online memories and condolences may be made at www.peacefultransition.ca