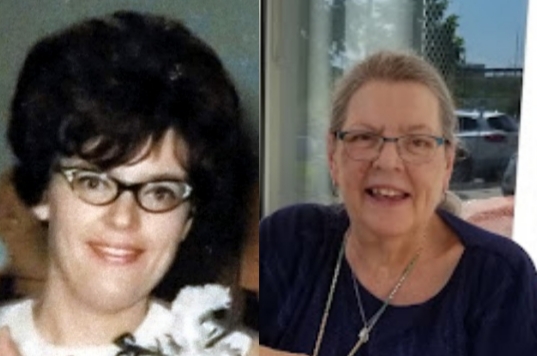 Born on January 1, 1944 in Val D’or, QC Danielle would spend the majority of her first 24 years there. It was here in 1968 that Danielle met and married the love of her life, a Royal Canadian Airforce aircraft mechanic named Richard Michael “Dick” Raymond. In the early going she spoke little English, he spoke fractured French, but somehow they made it work for 50 love filled years. His career with the RCAF took them to Comox, BC, back to Val D’or, and Downsview, ON. Upon his retirement from the RCAF Dick and Danielle bought a home in Barrie, on Codrington Street. It was here that Danielle was at her best. She enjoyed hosting family and was known for her cooking. The kitchen was her domain and woe be to anyone who did not follow her wishes while there. She never forgot her French Canadian roots and being a proud ‘Quebecer’ nothing ever quite lived up to the cuisine of La Belle Province, except for her own cooking of course. When Danielle’s health began to decline the difficult decision was made to move to a retirement home. No longer able to cook as she used to (something she missed until the very end) she would still manage to pull something together for anyone who stopped by for a visit.

Danielle’s passing has left a hole in our hearts. Her smile, her ability to laugh at her own jokes, her sarcasm and her love are deeply missed. Our family will be eternally grateful to the staff at Amica Little Lake for their exceptional care and compassion during Danielle’s last days.

As per her wishes no funeral or internment was held. Cremation has taken place and her ashes have been placed at a location of her and Dick’s choosing.