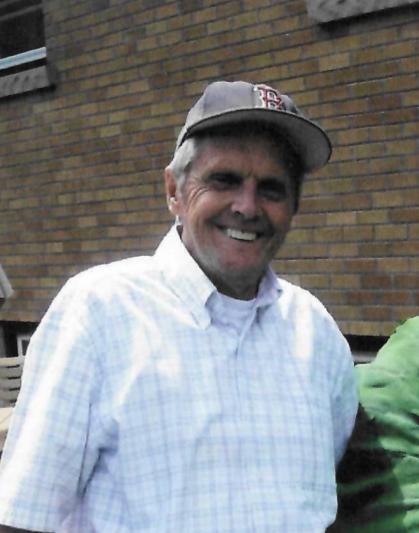 Don Morrison of Barrie passed away peacefully at home on September 29 2020 in his 77th year.  Don was the loving husband of Joan (nee Hill) of more than 50 years, and the much-adored father of Heather Sheardown of Hamilton and Lisa Doke (Jeremy) of Pottageville.  He was a wonderful and loving grandfather to Jamie, Lindsay and Lilah.  We were lucky to have been blessed with such a great husband, father and grandfather.  He loved nothing more than family and was, in two words, the best.  He is survived by his brothers, Robert and William and many nieces and nephews, who knew him affectionately as Uncle Billy.  Don was a lover of dogs and was well loved by his many dogs, “grand dogs” and all of the dogs in the neighbourhood who often stopped in for treats.  He was an avid baseball fan, and loved the trips to various games with “his girls”, almost as much as they did.  He loved music, particularly country music and was an excellent guitar player.  He will be missed by his “jam group”.  He had lifelong friendships with many of his former colleagues at CN, after a more than 30-year career.  Everyone in the neighbourhood knew him and he liked nothing more than a visit with them.  He was giving with his time, helping his family, many friends and his neighbours with various projects over the years.  He loved his house and his yard and was happiest when he was at home bantering with his wife. Life won’t be the same without you.  We love you. In the words of Dr. Seuss, “don’t cry because it is over, smile because it happened.”  In lieu of flowers donations may be made to the Lung Association.  Online condolences at www.peacefultransition.ca