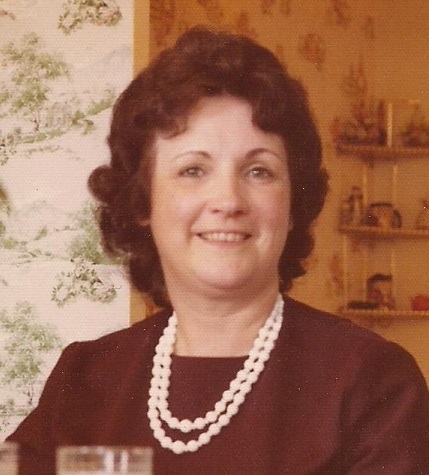 Funeral Details: Celebration of life to be held in the springtime

Elizabeth (Betty) Bodaly was a woman of considerable talents: she managed the office of a major Toronto construction firm at a time when most women didn't work outside the home, drove a car before any of her women friends, was a noted local hostess who set an impeccable table as a canvas for her creative cooking, was a prize winning quilter whose various needleworks grace her children's homes, a green thumb gardener, and a strong voice in Goderich's MacKay Choristers. Along with husband Stan, Betty was an avid traveller and their homes were tastefully decorated with carefully curated antiques and art, including her own needlework. Betty was a keen political observer who was not easily fooled by sweet words, she could solve a tough cross word over breakfast, loved the Blue Jays and playing Bridge, and had a sharp sense of humour that has been known to skewer. Betty was always surrounded by a large circle of loyal friends.

But her greatest achievement was undoubtedly as loving matriarch to a sprawling family of rugged individualists, who all adored her. Betty's family was the cornerstone of her life, and she of ours.

Mother, Gramma, GG, friend: you will be deeply missed by all of us.

Thanks to the staff at RVH in Barrie for their many kindnesses, big and small. Cremation, followed by burial beside Stan in Goderich's Maitland Cemetery, with a celebration of Betty's life to be held in the springtime.