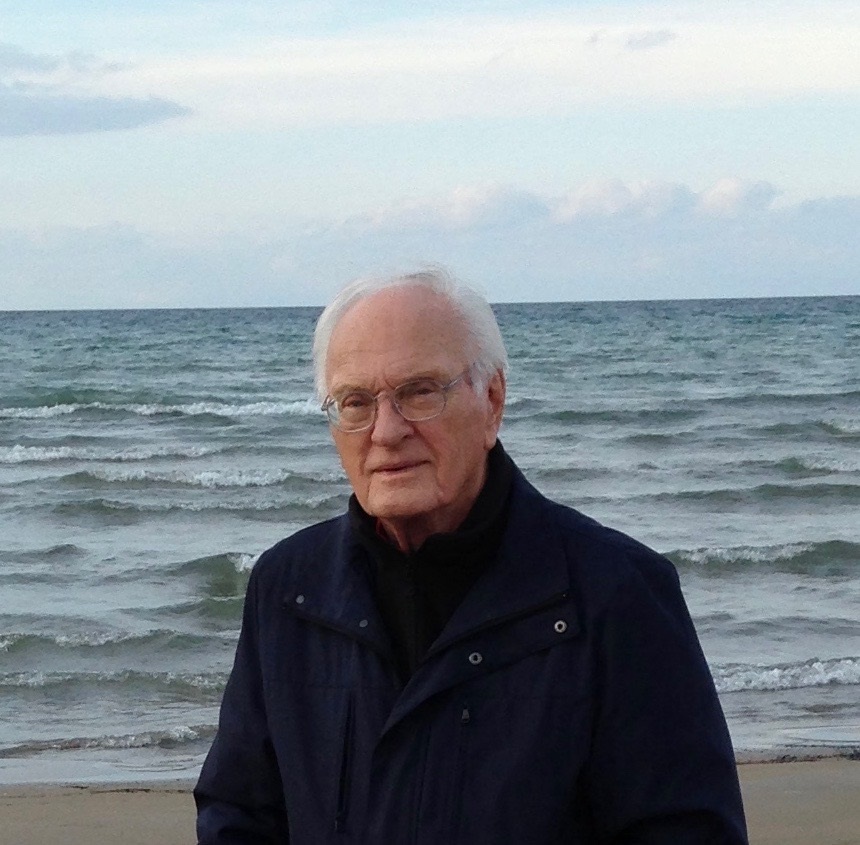 Erik Carl was born in Denmark. He lived in Vintre Moller on a farm with his mother Else, Aunt Marie and sisters Birthe and Kirsten. He served in the Danish Army. After the war he married June Jensen and they had two sons in Denmark, Niels (1951) and Jens (1954). After emigrating to Canada in 1956 they came to Toronto to live with the Enslevs, a Danish family that provided a starting point for Danes new to Canada. In 1959 they had a third son Martin. Erik worked during the day and attended night school at U of T to upgrade his accounting certifications. They rented accommodations on Kingston Road, Main Street and Thorncliffe Park before buying their home on Manor Road. Erik worked as a financial analyst at Phillips in Leaside, Coca-Cola in Thorncliffe Park and Inco in the First Canadian Place in downtown Toronto.

Erik was first and foremost a family man. He dedicated his life to serving the needs of his family. June and Erik did everything with family in mind and we are eternally grateful for their support. They built a cottage on Hidden Lake Road in Craigleith and the boys had great summer memories as a result. They sold the cottage in order to buy the family home on Manor Road where they spent many happy years. June passed away in 2007 and Erik eventually moved to Barrie for the last 6 years of his life. Papa as he became known in later life enjoyed a rich relationship with his grandchildren. He is survived by his sons Niels (former daughter-in-law Mary), Jens (Linda) and Martin (Eileen) and his grandchildren Angela (Don), Emily, Christian (Curniss), Eric, Jessica, Mackenzie (Jake), Whitney (Evan) and great grandchildren Dillon and Pearl. The family also wishes to acknowledge the love and support of Danish-Canadian relatives John and Martha Mortensen and family.

Many thanks to the Danish Church in Toronto and Sunset Villa in Puslinch, for their support of the Danish community. Your service meant a lot to Erik Carl.

Our thoughts and prayers are with you Papa - God Bless you!

Online condolences may be made to the family at www.peacefultransition.ca