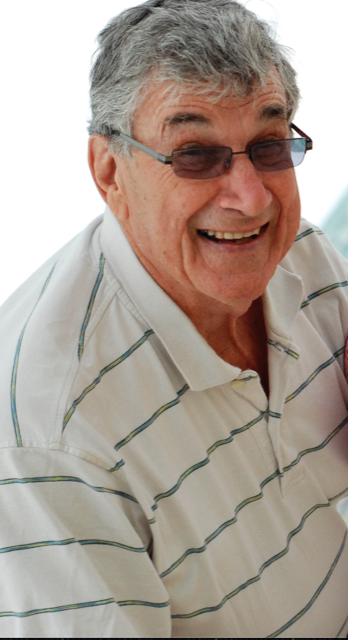 It is with profound sadness that we announce the passing of Francis (Frank) Timothy O’Grady, October 8, 1929 – June 27, 2022.  Frank passed away peacefully in his sleep after a lengthy illness with Alzheimer’s and stomach cancer in his 93rd year.  Frank made friends everywhere he went.  He was active and made life-long friends in his home-town of Sudbury where he regularly went swimming, played hockey and golf and met with friends at the local Tim Horton’s well into his 80’s.  When he became too ill to remain in Sudbury, he came to live with his family in Aurora.  Frank’s cheery demeanor and easy personality allowed him to befriend many in his Aurora CHAT program. Frank transitioned to Oakridge’s Retirement Community on the Memory Care Unit where he enjoyed the company of the staff and residents he met there, especially the company of Norma.  Frank spent the last month of his journey at the Richmond Hill Hospice, charming everyone with his smile until he quietly passed.

Frank is predeceased by his wife of 51 years (Mary-Anne O’Grady nee Jalsich), brothers (Mervin, Roger, Kenny), sisters (Bernadette and Loretta) and his mother (Bernadette LaBelle) and father (Thomas O’Grady).  He will be missed by his son, Kevin O’Grady (Pamela) and his three grandchildren Erin, Shannon and Morgan.

We would like to sincerely thank all the staff at the Aurora CHAT Program and Oakridge’s Community Centre for their support and care.  We would like to extend a heart-felt thank you to Dr. Brian Berger and the amazing team at Hill House Hospice who filled Frank’s final weeks with compassion and dedicated care. In lieu of flowers please consider donating to the Hill House Hospice, Richmond Hill, Ontario.

A private family farewell has taken place.  Arrangements entrusted to Peaceful Transition York (2-15236 Yonge Street Aurora) and condolences may be forwarded through www.peacefultransition.ca.