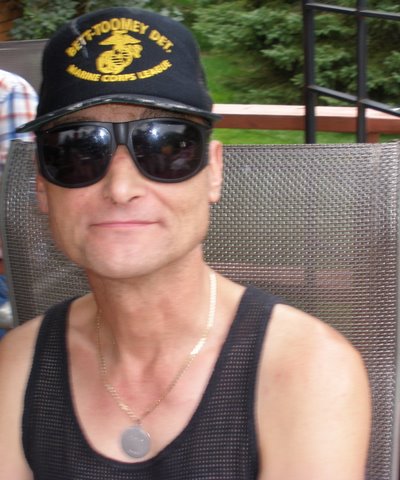 Funeral Details: Celebration of life to be held at a later time

on January 11, 2020 at Brampton Civic Hospital, as a result of an accidental fall from which he did not

Gary was the youngest son, born December 19, 1957 in Newmarket, ON, to Gladys (Thompson) King and

Gary lived most of his adult life in Brampton, ON but spent a lot of time in his hometown of Jackson’s

Point, ON. Growing up Gary played hockey and greatly enjoyed the atmosphere at the arena; as a young

adult he worked at both the Georgina and Brampton Arenas. He also had a great love for animals and

when they raced in the United States. Gary enjoyed watching horse races and would watch them at the

track as well as at home. Gary liked transport trucks, and at one point in his life he wanted to be a

“wheelers” stayed with him. He was always available for a game of Euchre and wouldn’t worry who he

may have for a partner they were lucky; he was a very good partner for whoever he was teamed with.

Gary loved playing with any of the kids whether it was just a walk or playing outside, puzzles, board

games, cards whatever it may be, he would be more than happy to join in.

Gary had a heart of gold and was willing to help anyone in any way he could. He was the one that kept

in contact with everyone and made them feel like family. He appeared to have inherited his mother’s

strength and tenacity for whatever may have come his way.

Gary was predeceased in death by his wife Dorothy, his father, Bruce, his mother, Gladys, and his

brother, Bill. He is survived by his sister, Charlotte, his brother-in-law, Heinz, his brother, Brian, and his

stepchildren, Jeremy and Liza. He was a loving Uncle to Crystal (Grant), Jason (Heather), Serena (Kent),

Chris (Michelle) and Shaun, and much-loved great-uncle to his great- nieces and great nephews. He will

be sadly missed and fondly remembered by extended family and friends.

Cremation has taken place. If desired in lieu of flower, memorial donation can be made to the Juvenile