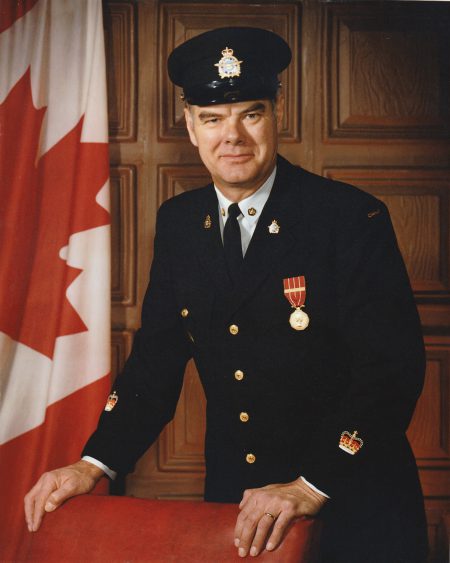 Funeral Details: A private family service celebrating Gord's life will be held at a later date.

It is with great sadness that the family announce Gord's peaceful passing on June 9, 2022, at Mill Creek Care Centre, Barrie in his 96th year, with his beloved wife of 21 years, Linda Todd­ Forster, and two of his much-loved daughters at his side.

Gord was a true gentleman, kind, and possessing a wonderful sense of humour. He and Linda enjoyed many travels together. He attended Asquith Public School, a one room school that taught grades 1 to 9. His high school years were at Camrose Lutheran College. After helping out on the family farm near Killam, Alberta, for a few years, he took up Photography, and trained at Sander Studio in Camrose until he entered the R.C.A.F. in 1952, where served as a Photographer for 25 years. After leaving the military service, he was employed as a civilian for the Department of National Defence at Borden, Ont. Gord served with the R.C.A.F. at a number of Stations in Canada, along with Germany and North Africa.

Gord was a member of Burton Avenue United Church, Barrie, as well as the I.O.O.F. (Independent Order of Odd Fellows, Barrie Lodge #63, and a member of the Alliston Royal Canadian Legion. He also was an active member of a Walking Group for 15 years.

Gord will be sorely missed by all who knew him, including his many nieces, nephews, and friends.

Cremation has taken place. The family wishes to extend our heartfelt thanks to all of the kind and caring staff at Mill Creek Care Centre for their loving care. A private family service celebrating Gord's life will be held at a later date. Memorial donations may be made to a charity of your choice.