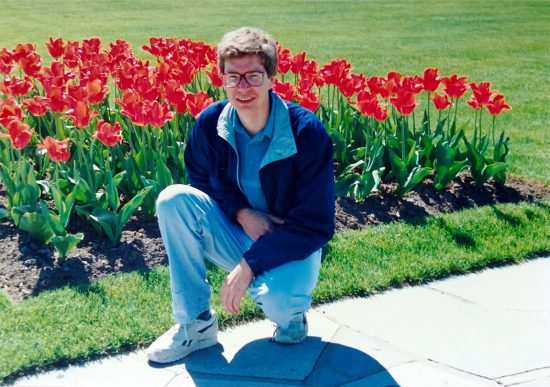 We are saddened to announce the passing of Herman (Butch) Ploeg at the age of 62. He lost his fight with pancreatic cancer May 8, 2022 while receiving care at North York General Hospital. Herman was born in Manitoba to Gysbertha and Hermanus Ploeg on December 10th, 1959. Approximately one year later, the family moved to the Simcoe County area.

Herman grew up with his late sister Jane Van Vugt and brother Tom Ploeg. Herman’s interests included reading, biking, cross country skiing, wood working, cooking, nature, and computers. Herman graduated from high school in Elmvale, completed his post secondary education at the University of Guelph, and went to Georgian College when he considered a career change in the late 1990’s. For most of his career, he worked for the Ministry of Environment as a Pesticide Officer for the GTA and the Simcoe County area.

Herman leaves behind his wife Janet Ma with her son Edward Liu and daughter Eva Liu, sons Jacob Ploeg and Case Ploeg, brother Tom Ploeg, and brother-in-law Hank Van Vugt. His wife Janet was loved and was alongside Herman during his illness and helped him through the tough times. Jacob and Case knew they were loved and had a healthy relationship with their father. Fond memories were shared between the sons and father by building Lego, biking on the local trails, driving through the countryside, enjoying nature, and talking about current events. Herman taught his sons how to be good students and influenced them greatly in their own personal lives.

Herman was an honest and caring person who liked to live a simple life in his bubble of family and friends.

May he rest in peace.