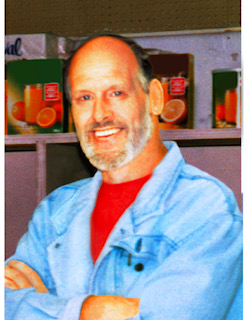 Jerry was born in Utrecht, Holland, the first of 5 boys who spent their early years under the shadow of WW2. During those years Jerry learned some valuable skills like carpentry, mechanics and machining, and was an avid soccer player.

In 1952, Jerry came to Canada with his family and found employment in the lumber camps and tobacco fields, on the oil rigs and as a farmhand, in the housing industry, and other jobs that would put food on the table.

In the mid-50's some immigrants from his old Dutch neighbourhood got together for a reunion picnic in Scotland, Ontario. One of the old neighbourhood kids there was Hendrika, and she had grown into a very attractive young woman. Jerry married Hendrika in 1957 and they spent the next 64 blissful years together.

They moved around for a few years, following employment, until they had steady jobs in Barrie and saved enough to buy a handyman special in Minesing in 1966. Together there they raised their family, made many lifelong friends, and created a wonderful home where they lived for many years into their retirement.

Jerry was a long-time employee of Mansfield Denman General tire, and had an encyclopedic memory of days gone by. He was also well known as a perpetual tinkerer, lifelong car enthusiast, a theatre prop builder, cabinet-maker, videographer, and a storyteller extraordinaire. He was an all-round great, hard-working guy who's always ready to share a laugh or lend a hand.

He loved spending his retirement years restoring his old truck and spending time with his friends and family.

He is dearly missed by his wife Hendrika, daughter Michelle, son Jerry (Karla), grandchildren Angelina (Tanner), Nicole, and Michael, as well as his first great-grandchild Archer, whom he almost got to meet.

Cremation has taken place in accordance with Jerry's wishes. Celebration of Life is scheduled for Sunday August 22, 2021, at the Vankooten residence located at 4886 Sideroad 15 Cookstown (on the hill between Cookstown & Alliston).