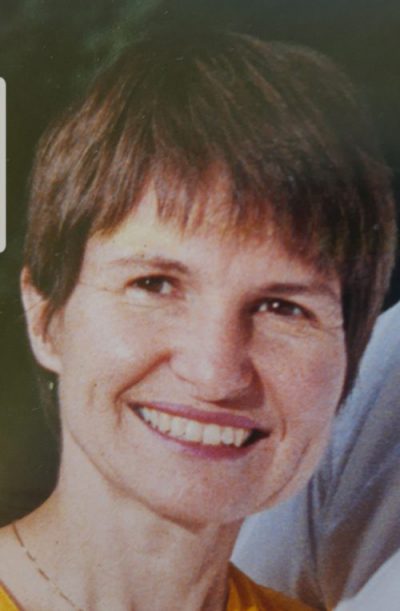 It is with profound sadness that we announce the passing of Joanne May Barnes. Joanne died peacefully in her sleep at RVH after a long battle with atypical Parkinson’s (Progressive supranuclear palsy, also known as PSP).

Joanne May Lloyd was born in Newmarket, ON to Raymond “Andy” Lloyd and the recently deceased Gudrun “Goody” Lloyd (née Berg). Joanne was the loving sister to Teresa (Don) Campbell of Orillia and Ken (Lyn) Lloyd of Dunchurch, ON. Joanne excelled at academics and athletics at school. She attended Dr G.W. Williams Secondary School in Aurora, graduated from King City HS in 1967, and graduated from McMaster University in 1970, where Joanne specialized in Foreign Languages. She was fluent in several languages, including English, French, German, Danish, Spanish, and Latin. Throughout her life, Joanne possessed a love of academics and always strived to excel in her studies.

Joanne met her husband (Brian) in 1971 while working as a French teacher in Mitchell, Ontario, where she began her 32-year teaching career. They moved to Simcoe County in 1974 and Joanne (Mademoiselle Lloyd) taught French in Orillia for 2 years before completing her move to Barrie.  In 1976 they purchased a home in the Allandale area of Barrie.  Joanne was a beloved French and primary teacher in Barrie until her retirement in 2002. She taught at many schools including King Edward, Sunnybrae, Forest Heights, Allandale Heights, and Algonquin Ridge, where she taught grade 1 before her retirement. She continued to involve herself in teaching by doing 'LTO' Contracts at several schools, including Assikinac and Willow Landing, among others. She loved her work with young children and their learning of new languages.

Joanne was a doting parent to her three children Thomas, Matthew, and Michael, and the proud grand-parent to Samuel and Evelyn. She was instrumental in instilling a tremendous attitude for learning in all her children and grandchildren.

Joanne was an active volunteer in her community, particularly at Burton Avenue United Church where she taught Sunday School, and served on the Church Board. Other volunteer activities included serving on the Board of Directors for Samaritan House and delivering Meals on Wheels. In retirement she participated in several missionary missions to Nicaragua.

For leisure, Joanne enjoyed reading, completing crosswords, and spending time outdoors, whether skiing in the winter, or golfing with the Women's League Golf at Simoro in the summer.

Joanne suffered a traumatic accident in 2016 that nearly took her life. She made an astounding recovery and re-learned how to speak and walk. Throughout her recovery and eventual decline, Joanne maintained her generous and cheerful attitude. Many have remarked that she had such a warm and welcoming, infectious smile. Joanne will be remembered for endless laughter, her resilience, and her extraordinary patience—whether with her husband, her children, or her students.

A story about Joanne that embodies her spirit and her determination took place while she was at RVH, recovering from her traumatic brain injury. One day the PT finally got Joanne to acknowledge that she was in RVH, and asked her why she was there. Her response was that ‘I am here to help people.’ Joanne was always caring for and wanting to help others.

The family would like to thank the staff at the IOOF who provided her with great care and made the extra effort to read the nightly letters she received from her husband for approximately 286 days during the Covid-19 pandemic, until her final days. They would also like to thank the staff at the RVH for their thoughtfulness and care in her final weeks. Joanne would often ask her husband to make sure the IOOF Staff were given 'treats' from her. The staff at TCU and RVH enjoyed their 'Turtle Chocolates.'  The family would also extend a special mention to Sarah Boulton, PT, for her professional care and the positive encouragement she gave Joanne in those last few months. I often have tears whenever I visualize the two of you walking the hallway in Allandale Village at the IOOF Home.

Throughout her diagnosis and demise, Joanne remained true to her unwavering faith, and was continually supported by her Minister, Andrea Wheaton of Burton Avenue United Church. The family expresses their appreciation to Andrea.

Joanne will be sadly missed by her sons Thomas (Andrea) of Barrie, Matthew (Erika) of Cambridge, and Michael (Lara) of Toronto. Her grandchildren, Samuel and Evelyn always brought a smile to Joanne's face, and we will all remember forever the expression on Joanne's face as she watched the grandchildren open their presents on Christmas Day, 2020. She will also be fondly remembered by her nieces and nephews.

Due to Covid-19, a Celebration of Joanne's wonderful life will be held at a future date.  In lieu of flowers, the family would appreciate donations be made to Parkinson’s Canada or the Burton Avenue United Church, or to the Trillium Gift of Life Network for tissue and organ donations.