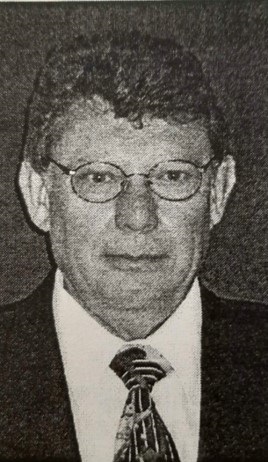 On Monday, Nov 16th, as the new day's dawn broke, John Angel (73) awoke as he always did, thankful for another day. Though his body was frail and tired, his spirit was full of grateful appreciation to be able to draw another determined breath every second he was graced on earth. He lived on his terms and was happy to leave when the Lord called him into His eternal care. John took his last breath peacefully in the late afternoon at Sunnybrook Hospital Toronto, Ontario.

There was never a dull moment with John, a VERY proud Hungarian man, born in Budapest, Oct 6th, 1947 to loving parents, Jolan and Paul. John and his parents immigrated to Canada soon after the Russian Invasion of Hungary in late1956. John enjoyed the outdoors, especially duck hunting, moto-cross, snowmobiles and pretty much anything that went FAST! He liked photography, actively participated in local Liberal politics, was the president of the Barrie Gun Club and a Grand Master of the Masonic Lodge participating in several locations in Toronto and Cookstown.  He always imparted sayings that were at times insightful for the instant or could bring a chuckle & levity, to a moment of extreme seriousness. Up until the end...his positive outlook and sense of humor remained with him – I told John that after his spinal surgery that he died for two minutes and they managed to bring him back...John, on a ventilator to aid his breathing and unable to speak,  just calmly rolled his eyes as if to say, “Well I told you I was invincible!”

John Angel attended school in Toronto growing up in strict Catholic private schools run by “the Brothers”, as he put it. They seemed tough, but fair. John later moved to Cookstown and ended up putting down roots in the Barrie, Ontario area. He loved agriculture and owned a farm in Cookstown, raising livestock and was especially fond of Pigs of all breeds. When I met John he had a 700lb pig named Allen. The last of the Great Yorkshire pigs, an animal large enough to saddle. I always asked John what Allen was doing jumping on the backs of other pigs?!? He always had a great smile and heartfelt belly laugh saying to me, “Makin’ Bacon!”.  John served as a boy scout leader in the 1980’s, camped and was very knowledgeable about most anything.   John sold his farm and moved to Barrie in mid 1980’s owning a chain of pet stores where he met my mother Wendy who worked along side him for years. John later sold his pet stores & went to Georgian College and got a diploma in Computer science and eventually got his Real Estate licence and became a Broker. John bought or owned every type of computer ever designed, which he truly loved, ranging from the 1980’s Commodore Pet, Vic 20, commodore 64, on up to modern computers of present day.

Though many of his proudest moments involved those spent with his family, John was an exceptionally kind and sweet man, not prone to anger or got easily upset (and believe me we tested his nerves as often as we could!). John was always happy to share moments with us telling us all the accomplishments of Hungarians their inventions and history that they have added to the world since the dawn of time. Proudly John took part in his Hungarian culture working tirelessly for years serving on the executive council for the Hungarian House Canadian Cultural center of Toronto. As young adults we were always asked as a family to participate with the Hungarian House in various capacities, bartending social events, helping with Charity casinos working along side John who was proud of his culture and philanthropic endeavours. I grew up pre-internet so I was always fascinated by John’s endless stories of how Hungarians where pretty much responsible for every good thing that’s ever happened on earth. If you were to ask John I’m sure he would tell you that Adam and Eve were both Hungarian, the computer, telephone & lightbulb were invented by Hungarians. The wheel, although originally made from a hard cheese, was yes, you guessed it- a Hungarian invention also. I was told that in the late 1960’s, 3 proud Hungarians orbited and eventually landed on the moon! One small step for Hungarians, one GIANT leap for mankind!!  Thank you Hungary, for all you’ve done for the world & the man John Angel, whom I called my father for nearly 4 decades.

John is survived by his child from his first marriage: Daughter Katrina –her Husband (Kevin) and his two daughters Keira & Tristen, his son Derek & his wife Pamela and their children Cayman, Klea, Jessica, Leanna & Johnny, son Christopher, daughter Lisa and (Neil). John also took care of many people at the Hungarian House, Irene who subsequently passed due to cancer had two small teenage daughters Meli & Angie, that he helped support for many years.  He had a great capacity to give and was always there when somebody needed him. John’s wife, life partner and closest friend Wendy Prenty is deeply saddened by John’s loss, as are all the extended friends and network who knew and loved him.

John asks that in lieu of gifts or donations to charity that we act out charitably to our fellow man. He requests that you perform a random act of kindness for a complete stranger in need, on his behalf. Thanks to COVID there will be no formal gatherings/memorial services for the living as 2020 has pretty much been a nightmare year for anything social. (COVID you suck!) John’s name will be included during mass Sunday Nov 22nd, @ St. John Vianney Catholic Church, Barrie, Ontario as per his wishes. (Those who cannot attend 11:30am mass can view it online by clicking livestream button at the website www.stjohnvianney.ca,) Afterwards all welcome to gather at Derek & Pamela’s 18 Roy Hickling Dr, Springwater, Sunday Nov 22nd , 1-4pm. (Please advise Pam if you can attend).

We all are better for having John in our lives and will forever adore and remember you – we will stand taller and stronger, knowing you are now watching over us – always believing.

An Angel among us.

Now an Angel above us.