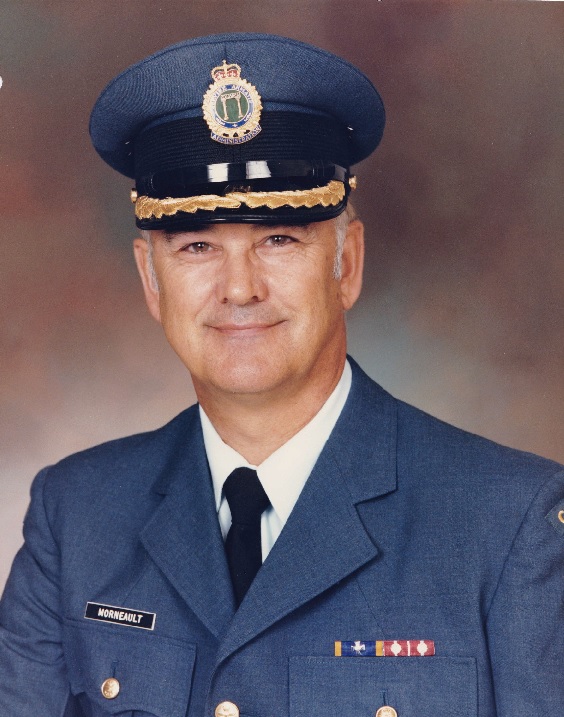 Funeral Details: A funeral mass will be held at St. Mary's Catholic Church, Barrie Ontario, 65 Amelia St., Saturday March 14, 2020 at 10:00 am, to be followed by a reception in the church hall.

It is with immense sadness that we said goodbye to our "Dear Dad" on Feb.26 2020.  He fought bravely to recover from an illness so he could make his way home to Lady Marion, his family and friends, but it was not to be.

John was born in St. Jacques NB and had a joyful and lively childhood on the farm with his parents, 4 brothers and 2 sisters which he ultimately described in his book entitled "Once Upon A Time at Moulin Morneault. “This family history is a treasured keepsake and will remain to honor the last horse and buggy generation and heritage of which he was so proud.

John was a Major of the RCAF and past commandant of the Canadian Forces Language School in Borden from 1981 - 1990.  He served in the Canadian Military for 36 years and was a proud recipient of the "Order of Military Merit" from the Governor General in 1980.

John's friendships enriched the fabric of his life as did his love for family. He looked forward to the biannual family reunions in NB as well as the Laidlaw Reunions seeing all those held most dear.  Always ready with a big hug complete with kisses on both cheeks - true to his French heritage. Camping was one of John's favorite activities, where he enjoyed Fast Track, campfires and the sunsets at Earle Rowe.  Remembered also for creating beautiful bird carvings, exceptional gardening and his skill on the golf course, he remained humble.

Volunteering fulfilled the desire for community service upon retirement in groups such as Horticultural Society, Chamber of Commerce, Barrie Veterans Club, Shanty Bay Golf Club.  He also served as Vice President of Christmas Cheer Barrie where he shone in communications.

More than anything, he was devoted to the love of his life Marion, who was his best friend and soul mate of 62 years. As a husband, father and grandfather he was loved deeply and leaves not only his family but many close friends, a large gap in our lives, and wonderful memories in our hearts.

We who remain, and love him in his absence are: wife Marion, sons Pete (Lyn), Paul, and daughter Michele Gade (Mike) and his grandchildren Luke, Holly, Erica and Jenna.

Donations may be made in his memory to the Barrie Christmas Cheer.