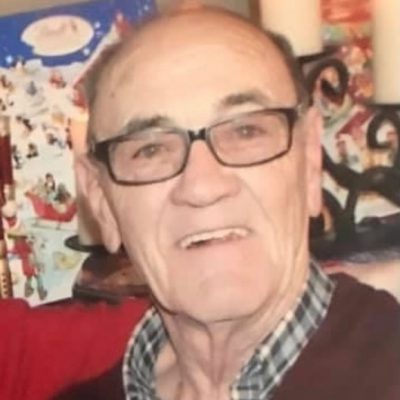 It is with broken heart and great sadness that we announce the passing of John Shimmins Landsborough on Saturday, July 3rd, 2021 at the age of 82 in Barrie, Ontario.   John was born in Ayr, Scotland on October 30th, 1938.

John was a devoted husband, an amazing father, and adored Papa, who will be deeply missed by his wife Valerie (nee Potts); his children John (Susan), Julie- Ann (Brad), and Jeff.  Proud Papa to Emily, Ashley, Megan, Paige, Dayna and Callum.

John was a proud Scot’s Guardsmen, 2nd Battalion, and served for many years in Nairobi, Kenya and London England, after serving for over 6 years, he joined the Ayrshire Police and in 1969 immigrated to Ontario and joined Toronto Harbour Police and eventually York Regional Police. As much as he was proud of being a Police Officer, he wanted a big change and left the force in 1975. He worked for Goodyear Plant in Mimico right until the plant closure in 1987.  He had several roles and many friends in the plant.

He was called back to servicing the province and joined the Ministry of Correctional Service (Vanier Centre, Brampton) in 1988 “Scotty” was a great prison officer, he spent the last 15 years of his career with the Ministry.

He was a generous man, who was always there for anyone who needed him. His sense of humour and playful presence lit up every room he entered.

As per John wishes, cremation will be followed by a Celebration of Life with a gathering in the Fall, where his loved ones can share fond memories and give a toast in his honour.  In lieu of flowers, the family would appreciate donations to Simcoe Hospice.