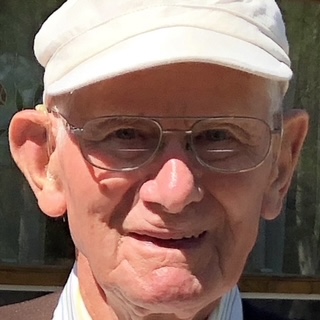 Funeral Details: Celebration of life to be held at a later time

Karl was born in Mannheim – Wallstadt district of Mannheim, Germany and emigrated his family to Canada October 1962, first to Toronto, then settling his young family in Brampton.  Karl started his lengthy carpentry career as a stair builder for Cadillac Lumber then moving on to be a working partner at Stairfab. Throughout Karl’s life he had spent endless hours working on small/big projects for people in the community as well as donating his expertise to provide suggestions/ solutions to architectural mishaps or conundrums. As Karl’s career progressed and until retirement he was well known as a master carpenter known for custom home renovations.

If anyone knows Karl they will fondly remember his love of music and heritage which led him to be an involved member of the Brampton German Canadian Club; Hansa for more than 45 years. Missing his homeland this was a way for him to continue to feel that part of “home” which was now with him in Canada. Karl enjoyed the special events that connected acquaintances and friends in celebrating it German style and “Prosting” the coming of a New Year.  Karl’s love of wood working was second only to the love of “my cottage” – the inception of this dream began in 1969 when the property was bought and then with hard work, dedication and the assistance of his predeceased wife Hilde Ingeborg Scharfenberg and sons his dream began in Tiny Ont. Everything was methodically thought out and the plan of execution was done precisely and exact as any other projects he worked on over the years – quality was his craft: till this day that cottage “Haus” stands strong and proud!! When Karl had free time he filled it with designing and building heirloom furniture for family members - Karl enjoyed time with family and friends, and had such a passion for wildlife in the community as well as his 4-legged friends Susie, Heidi and Barney.

Let’s all raise our glasses and share a toast in celebrating Karl’s life:

Cremation has taken place with arrangements entrusted to Peaceful Transitions and condolences may be forwarded to the family through www.peacefulltransition.ca  A celebration of life will be held when the current pandemic restrictions permit which will be followed by intermit in Barrie Union Cemetery.