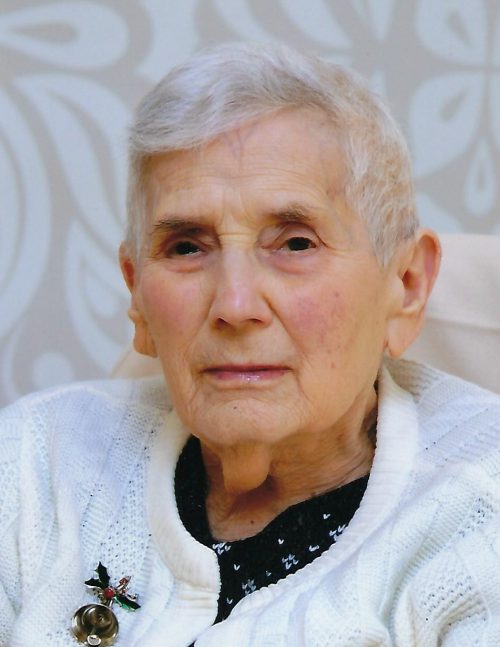 Funeral Details: To Be Held at a Later Date

Kathleen May Adair (nee Byng), age 98, passed away at Grove Park Home on Monday, August 10. She left us peacefully due to natural causes.

Kay was born in Long Branch, Ontario, on May 22, 1922. She lived in Toronto until adulthood, then spent time in Woodstock, where she met and married Thomas Adair. Kay could be considered a renaissance woman in that she was an armed forces wife, which meant moving around a lot, yet she was always able to make a warm and loving home for her family wherever we were. She always made a point of participating in activities offered wherever we were living at the time. Kay particularly enjoyed singing in the Heritage Place choir at IOOF, which she did for many years, before moving to Grove Park Home. Once she moved to Grove Park, she took part in the many activities offered, but her favourite was bingo. She was not afraid to try new things and did so with enthusiasm!

At Kay’s request there will be no formal service or interment. A private family gathering will be held at a later date.