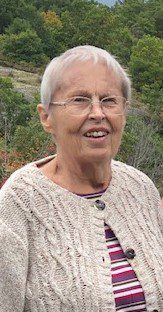 Loreen was born to the late William and Isabelle Breakey on November 30, 1931 in Morden, Manitoba.  Loreen graduated from the University of Manitoba with a Bachelor of Science in Home Economics in 1952.  She also graduated from Quo Vadis School of Nursing, Etobicoke, Ontario with a Diploma in Nursing in 1974.  Loreen had an extensive career as a urology, cardiac and ICU nurse in Toronto, Winnipeg, and Texas, as well as being a medic in the Artic.

Loreen will be remembered for telling it like it was – she would have always told you the way it was and not held anything back.

Donations to the charity of your choice, would be appreciated.