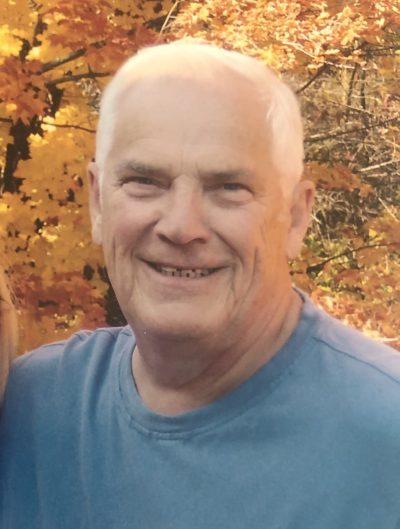 It is with great sadness that we announce the passing of L. Ian Montague on May 22, 2021 at Ontario Shores Center in Whitby at the age of 79 years with Alzheimer’s Dementia & pneumonia. Beloved husband of Margaret Montague since 2010. Loving & devoted father of Mark (Susan) Montague, Michelle (Dan) Joyes & their children & step son Michael Imrie.  He will be dearly missed by his sister Joanne Kotanko and brother Raymond Montague. Predeceased by his parents Frank & Agnes, sisters Grace Montague and Francis McKinlay and brother Murray (Peggy) Montague. Cherished grand father of Harris and Duncan Montague. Sadly, missed by many nieces, nephews, relatives and friends near & far.

Ian was the Production Manager for Cooper Tool Group in Barrie.   After Cooper moved the manufacturing to the USA he obtained his class A license to drive transport and coach tour bus for Sinton (Barrie) and Tisdale (Timmins/North bay) Bus Lines where he met Margaret.

He was a respected and involved member of the Masonic Lodge holding numerous Officer & titled positions within the various branches of Masonry.

“Gramps”, always interested in his grandsons academics and athletic pursuits.  He LOVED watching Harris and Duncan play hockey, high school football and rugby, always cheering for the love of sport & competition. He was fondly known by many as “Mr. Awesome”  for his outgoing, cheerful disposition and easy conversation.  He was a charming people person with an infectious smile and twinkly blue eyes.

In lieu of flowers please consider a donation in Ian’s memory to Alzheimer’s Society of Simcoe County or The Cryptic Rite Charitable Foundation crcfdonations@gmail.com which is a Masonic foundation Ian cherished.  A Celebration of Life will be held at a later date.