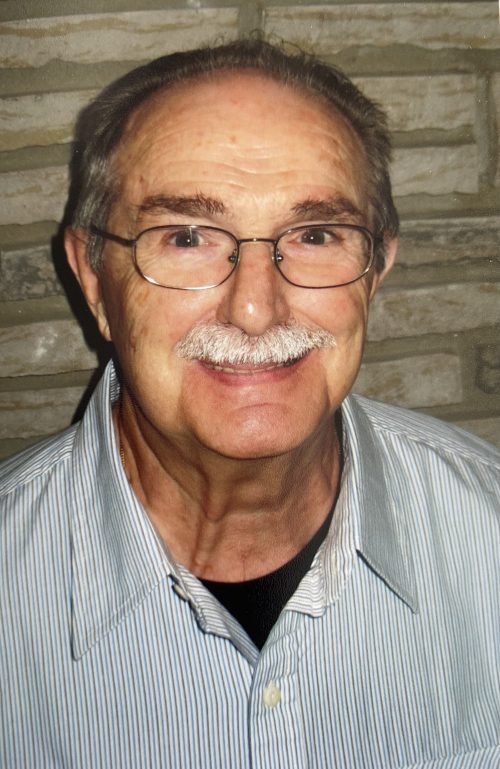 It is with deep love that we mourn the passing of Mario Giuseppe Dominato, aged 89 years, in the early hours of Saturday, July 16, 2022 at the Royal Victoria Regional Health Centre in Barrie, Ontario, where he died peacefully after a short hospital stay owing to complications of heart failure.  He remained vigorous and engaged in life up to his final admission.

Predeceased by his beloved wife of 57 years, Katherine Elizabeth (nee Humphrey).  Devoted father of Mark Douglas (Janet), Gregory Joseph (Eunji) and the late Lisa Anne (Christopher).  Cherished grandfather of Alexander (Milica), Teagen (Jon) and Olivia.  Predeceased by his parents Giovanni and Gilda and his dear sisters and brothers Mary, Jeanette, Norma and Joe.  Survived by his loving sister Velma and his caring in-laws Claudette, Anne, Hugh, Leona, Margaret and Janet.  Mario will be remembered fondly by his large extended family, many friends and acquaintances throughout the City of Barrie for his sparkling (and sometimes spicy) sense of humour and his ability to draw all people into mirthful conversation.

Mario was born on Sept. 20, 1932 at Hotel Dieu Hospital in Windsor, Ontario, the second child of immigrant parents from the region of Treviso, Italy.  He graduated from W.D. Lowe Technical High School where he was an assistant editor of The Towers magazine and wrote forthrightly in an essay published therein entitled, I Am A Canadian, that “Because of our Democratic way of life, Canada is to me the finest country of the world”.  After apprenticing as a journeyman at Commercial Printing in Windsor, he rose to the position of Plant Manager at Kramer Printing in downtown Detroit, Michigan where he narrowly escaped the ravages of the 12th Street Riot of 1967 and the closing of the border.  He was then compelled to leave his beloved hometown in search of work after 25 years of service when Kramer Printing unceremoniously closed its doors in 1981.  After landing safely at Ronalds Printing/Quebecor in Richmond Hill, he worked as a pressroom supervisor for a further 10+ years.  He was a member in good standing of the Giovanni Caboto Club of Windsor for 50+ years.  He had a personal passion for making beautiful stained-glass windows and Tiffany-style lamps, and his family and friends are the lucky recipients of his artful hand and eye.

A Celebration of Life will be announced at a later date. Mass at St. John Vianney will be offered in memory of Mario on Sunday, July 24 @ 11:30 in Barrie.

Online memories and condolences may be made at www.peacefultransition.ca