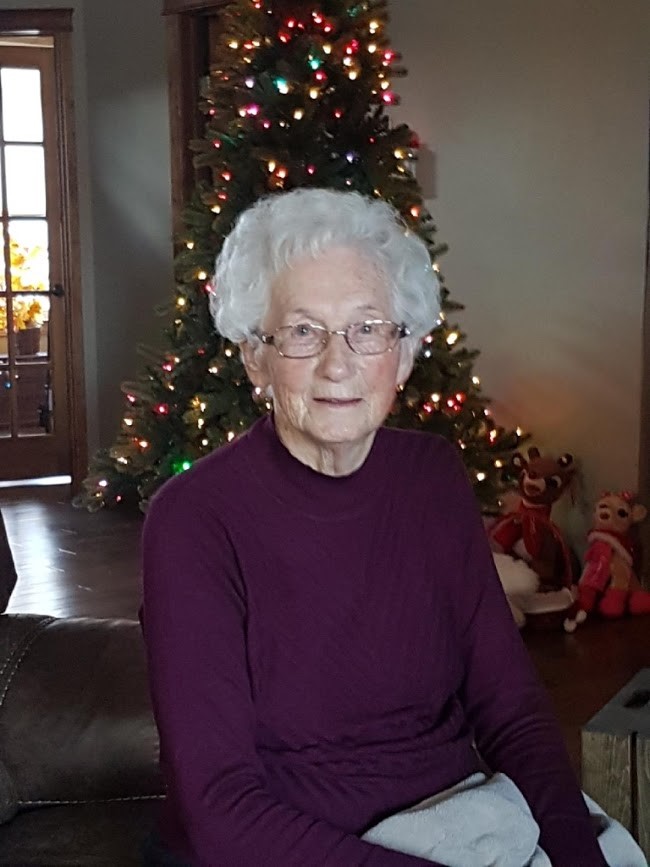 On Thursday, May 2nd, Mary MacNeilage Brewin, loving mother and nana, passed away peacefully at home at the age of 92.

Mary was born on November 27th, 1926 in Thorpe-le-Soken, England to Francis and Jeanie Hannah. After an adventurous childhood growing up on a farm in Weely Hill, Mary completed her schooling to become a midwife and registered nurse before immigrating to Canada in 1955, where she practiced nursing for 15 years. On September 14th, 1960 she married Frederick John (Jack) Brewin. They raised a daughter, Jean, and two sons, Jack and Neil.

Mary’s passion for life was her defining feature. Her green thumb and love of nature meant that she was often outdoors doting on her many plants. Mary ensured that there was always a hardy meal waiting for the farm crew and anyone else who showed up. She loved to keep busy with puzzles and crosswords, and always had her nose deep in a book. On cold winter days she could be found sitting by the fire, under a warm blanket, drinking hot tea while watching TCM. One of Mary’s greatest joys was watching her children and grandchildren play sports, especially hockey, and always kept updated on how Canadian NHL teams were doing. She was known for her quick wit, infectious smile, and kind and compassionate spirit.

Mary was preceded in death by her loving husband, Frederick John. She will forever be remembered by her three children, Jean (Bob) Petrushewsky of Barrie, Ontario and their children Sarah (Braden) and Katie; Jack (Kim Christensen and daughter Sierra) of Taber and his children Jordan (Alanna) and Meagan; and Neil (Candi) Brewin of Lethbridge and their children Robert (Brittany) and Eric; sister Jean (Green) and brother Francis (Hannah) and their children.

A celebration of life will be held on May 24th at 11:00am at St. Theodore's Anglican Church in Taber, Alberta. If friends so desire, memorial tributes in Mary’s name may be made directly to the Advanced Cardiac Care unit at Royal Victoria Hospital in Barrie, Ontario by following the instructions at http://foundation.rvh.on.ca/supporting-rvh/memorial-giving.