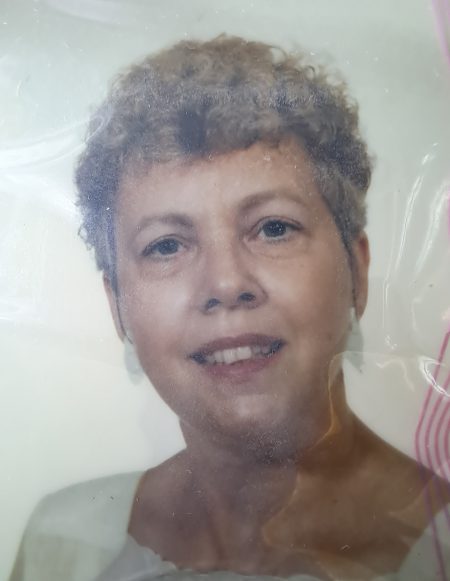 On Saturday afternoon July 30, 2022, mum left this earthly realm for another.  Her body weak and spent, she had lived 89 years and was now ready for some wings.

Born near London, England, she was just six years old when World War II broke out.

She remembers running into the nearby bomb shelter with her family when the air raid sirens rang out, heartbroken that she had to leave her doll and pram outside.

Movies became her absolute obsession when she was a teenager, and she would often sneak into a theatre when she was underage just to see her favourite film.

She loved to play netball, and was apparently very good at it.

And she loved to go dancing, spending many evenings at the local dance halls with friends.

She was also very proud of the fact she could recite the 12X tables off the top of her head, and at one point could rhyme off every single bone in the body!

Life in a new country was challenging, but she made the best of it.

Her love of Quality Street chocolates, a Tim Horton's double double coffee and a Boston Cream Donut was legendary.

She could and did beat anyone and everyone at a game of Scrabble, and was a fierce crossword puzzle solver as well.

Her mind remained sharp and her humour witty and oh-so inappropriately British right up until the very end of her days.

Enduring numerous health issues over the years, she lived the last seven years of her life at Tullamore Care Community in Brampton, Ontario.

The staff there treated her with great care, and I am ever thankful they did everything they could for her.

I am ever grateful mum and I we were able to spend so much time together over the past year.

We enjoyed classical old movies (Gone With The Wind, Ryan's Daughter, From Here To Eternity, Wild Is The Wind and pretty much every James Bond movie were just some of the ones we watched during our weekly "matinees"), had some lunch, ate lots of chocolates, listened to some music (Tom Jones, Al Martino, Elvis Presley, Englebert Humperdinck, Sergio Franchi, Perry Como and Russ Morgan tunes, to name a few), and had a laugh or three.

Mum, I know you struggled towards the end, but you put on a brave face and kept a stiff upper lip and as the British say, you kept calm and carried on.  (Fun fact: the term Keep Calm and Carry On was on a poster put out by the British government in 1939 when World War II broke out to keep up the spirits of the British public).

I will miss your voice with your English accent, your laugh, your discerning eye noting whether I have put on too much makeup or not enough, our long chats, often via Skype, and the fact that we could often chat about seemingly nothing but enjoyed every minute.

You taught me many things, were a great help and a solid pillar of common sense and "the right thing to do".

We had many differences, to be sure, and our share of ups and downs over the years, as I am sure all mothers and daughters do.

But in the end, all that mattered is that we were able to put all that behind us and enjoy the time we had left.

I hope you are wearing your wings proudly mum.

Most tributes include a laundry list of people left behind.  So here it is.