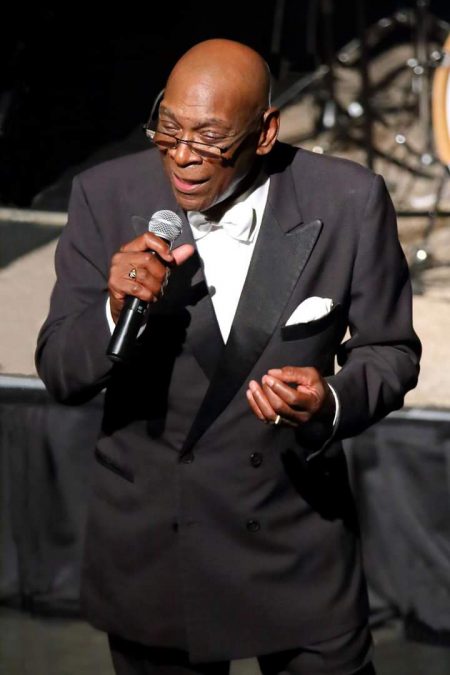 Norris passed away peacefully at his home in Barrie, Ontario on October 3, 2021.

A loving and devoted husband to Sheila for twenty three wonderful years, Norris’s passing leaves a void for Sheila and all his family and friends who will miss him terribly.

Nicknamed Peewee in his youth, Norris grew up in Virginia Beach with his Mama, Rosa Vines Welch. At seventeen he led a Norfolk-based group called Church Street Five in which he sang, wrote songs and produced. Many of his songs attracted recording companies and the catchy tune "If You Want to be Happy for the Rest of Your Life” was recorded by Jimmy Soul and became a hit. In the mid sixties Norris was hired to replace the departing lead singer of The Platters. He did a great deal of touring with the group for ten years, but after moving to Canada, Norris left the group and took his musical talents in a different direction. A born performer Norris soon founded his Power Play Show and toured Atlantic City, Vegas, Canada, Europe, the Philippines, and Japan extensively.

In 2012 when the last founding member of The Platters passed away, Norris knew it was time to celebrate the legacy of the group and created a musical review in The Platter’s honour. Norris made substantial contributions to the legacy we have today in R&B.

Norris had a heart of gold and was always willing to lend a hand. People who met Norris were drawn to his magnetic personality and warmth. His positive approach to everything and his contagious laugh always spread joy. Music, gardening, and cooking were the defining interests of his life and Sheila was his one true love.

Special thanks to the Bayshore nurses for the kindness and care they showed Norris. Celebration of life will take place at a later date. Donations in memory of Norris to St. Joseph’s Hospital https://supportstjoes.ca/ would be greatly appreciated by the family. Condolences may be left for the family at www.peacefultransition.ca

To my husband Meeting you was fate.

Becoming your friend was choice,

But falling in love with you was beyond my control.

If I ever did anything right in my life, It was when I gave my heart to you.

I love you always and forever