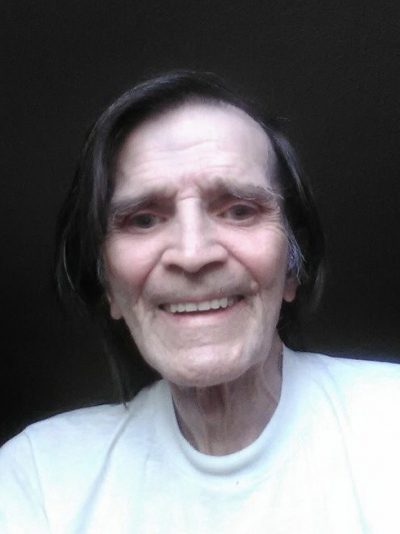 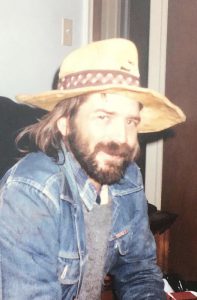 The Simons family is sad to announce the passing of their patriarch. Our oldest brother Raymond Kenneth (Ken) Simons passed peacefully at home in Mississauga on December 30, 2020, in his 72nd year, attended by his cat ‘Cool’ and surrounded by his guitars. Ken was predeceased by his mother Jean McArthur nee Kerr, her husband Raoul (Mac) McArthur, aﬀectionately known as ‘Pop’ and his father Alfred (Sonny) Simons. Ken is survived by his nine brothers and sisters. Kathy Moore (Carl), Barbara Stam (Art), Donna Lay (Steve), Glen Simons (Marie), Brenda Renner (Mike), Marilyn Weichel (Ken), Rick Simons (Krista), Robert (Bob) McArthur (Kim) and Scott McArthur (Tara). He is also survived by many, many nephews and nieces and great nephews and nieces.

Ken proudly earned his keep as a transport truck driver. He always said that he had a million miles just backing up. In his later career he could be seen driving his ‘four and a quarter cat’ from Toronto to Montreal every day. He was employed by Procter’s cartage where he made it well know he was treated just like a member of their family.

He retired a few years ago and was able to focus more of his attention on his music. Always a member of ‘the band’ as he aﬀectionately called his friends, he would attend weekly jam sessions and the odd gig here and there. He spent his time repairing and modifying guitars as well as trying to improve his recording equipment. He taught some young guitar enthusiasts and fixed up guitars to give to them. He never lost his love for driving. He would often get in his car and drive to visit family in other cities just for an hour or two and then head back home again.

His ‘band’ members, James, Fran and Fabio became nothing short of his surrogate family these last many years. He loved them and they loved him unconditionally. During these last few months of the pandemic, when he became afraid to leave his apartment, they stepped in and did his shopping, banking and even cooking. He couldn’t have asked for better. We would like to say thank you to these wonderful people.

Ken was a gentle soul and we just want to say, brother, you will be missed.

We would like to ask that memorial donations be made to ‘Guitars for Kids’ Toronto charity that donates guitars to kids who have a love for music but can’t aﬀord to buy their own instrument.