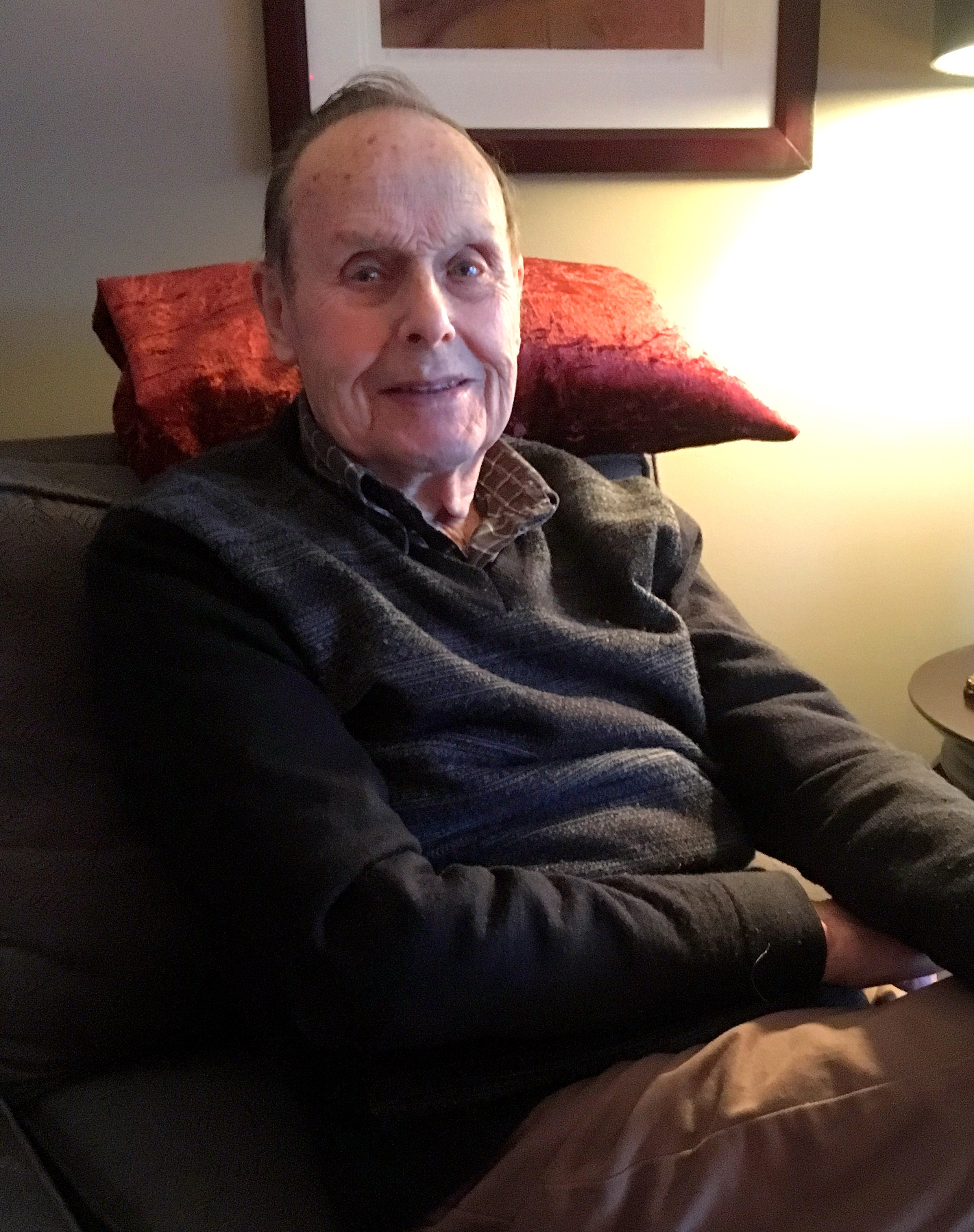 Growing up on Milverton Blvd. during the depression, Ellwood learned at an early age to be resourceful and creative. He quickly became skilled in refurbishing and reusing items, before recycling was vogue.

It was on a blind date, that Bud met the love of his life Bunny and through a gift to her of a pair of ski boots, the two committed to be exclusive, marrying 6 months later. This was a true love connection that lasted a lifetime.

Bud was a committed employee working on the production floor at Sangamo Ltd. for 20 years. He moved to Honeywell making industrial models, and then switched careers to procurement at Precision Components, Bunn-O-Matic and after several years as the Purchasing and Safety Manager for Consultronics Ltd., Bud retired in 1993.

Bud loved gardening in the yard and working in his workshop. In the garden, his green thumb produced delicious tomatoes and beautiful roses. In the work shop, Bud would spend time building and rebuilding guitars, chairs, antiques at any request. You could always find Bud, the craftsman, whistling in his work shop.

Music was his other passion.   Bud and his Martin guitar were musical soul mates in perfect pitch and harmony. Whether playing his favorite songs or singing hymns, Bud practiced daily and blessed his home with music. In later years Bud joined the Aurora Song Circle, regularly performed at several senior homes, and supported the Rise and Shine breakfast program at the Aurora United Church with his music.

Bud and Bunny cherished all of their friends and made friends easily.

While living on Oliver Ave (Fisherville) they joined the Couples Club at the Willowdale United Church. A small group of those members became lifelong friends forming the Fish ‘N Chippers dinner group.

In 1999, they moved from North York to Aurora and over the 20 years on Monkman Court, new neighbors turned into good friends who were saddened to see them leave for Hollandview Trail Retirement Community.

With Bunny by his side, Bud enjoyed camping and travelling with his family. In later years they went on adventures with Fern and Bob, and then Barbara and Bob, taking many trips throughout Europe and Canada, and several cruises.

After a short stay at Southlake Hospital it became evident that Bud’s health was failing in several ways. And over the past week he declined quickly and passed away quietly in his sleep.

He is now at peace with Bunny, and all the family can celebrate his very full 95 years.

Heartfelt thanks to the many kind staff members at Hollandview Trail Retirement Community, and the Southlake Regional Hospital Medicine and Palliative Care Doctors and Nurses.

A celebration of Bud’s life will be held on Tuesday, May 17th at the internment site: Old Rugged Cross in Highland Memory Garden, 33 Memory Gardens Lane, North York, Ontario. There will be an opportunity to meet with the family at 1:30 pm followed by the service and a reception on site. Light snacks and refreshments will be available.

Please bring a lawn chair if you wish to sit.

In lieu of flowers, donations may be made to Heart and Stroke Canada.

Arrangements Entrusted to Peaceful Transition York and condolences may be forwarded to the family through peacefultransition.ca