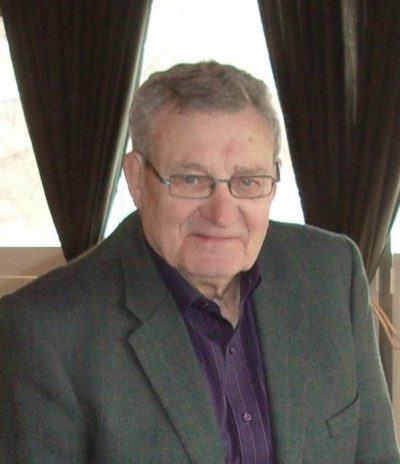 A western Canadian boy at heart Roy was born November 30, 1928 in Dauphin, Manitoba to Henry and Hughena (MacDonald) Chittick. He spent his formative years primarily in Winnipeg and Calgary, a city to which he formed strong attachments and returned to for a period later in life. After graduating from the University of Manitoba in 1951 with a Bachelor of Commerce degree he moved to Toronto to begin a successful career in the insurance industry and married Muriel who would be his lifelong love, apart from golf.

He began his career at Crown Life. Then followed positions with several companies working in the pension and benefits planning field in Toronto and Calgary, notably, Murray Bulger & Associates, TA & Associates, and a partnership in Chittick Manion.

He was a devoted family man who afforded his children and grandchildren many valuable and enjoyable life experiences. A staunch believer in democratic principles he had strong political convictions and enjoyed debate. He would oft say: “You are entitled to your opinions, no matter how poorly formed they may be.” This he managed to impart to his children and grandchildren as well.

After retirement Roy pursued his passion for golf and spent countless hours researching the genealogy of his family and those families that had joined his. Sometimes he would combine the two interests and travel to the ancestral lands to research Chittick history and to experience firsthand the quality of their golf courses, to which he applied his own rating.

He was always unapologetically himself, but nothing was more important to him than the people who made up his life. As demonstrated by the ‘Bad Poetry’ (as he referred to it) he would write, humorous rhymes in the tradition of Ogden Nash, primarily to celebrate life events, friends, and family. Here are the last two stanzas of one he penned on the eve of his 75th Birthday. His was a Life Lived in Full.

I always have wanted to attend my own wake.

Here’s to you all, those I like, those I don’t

Those who speak real and those that just won’t

Have one more on me, don’t praise me in sorrow

I’m having my 80th day after tomorrow

So sip life in full, single malt or blends

The only real truth is having good friends.

Cremation has taken place and no funeral is planned due to the constraints of the Covid-19 epidemic. The family is planning a Wake-In-Absentia in the Greater Toronto area when conditions permit. Please contact Reid Chittick if you wish to receive an invitation. rchittick76@gmail.com, 2511 Spring Beach Dr. Gabriola, BC. V0R 1X7