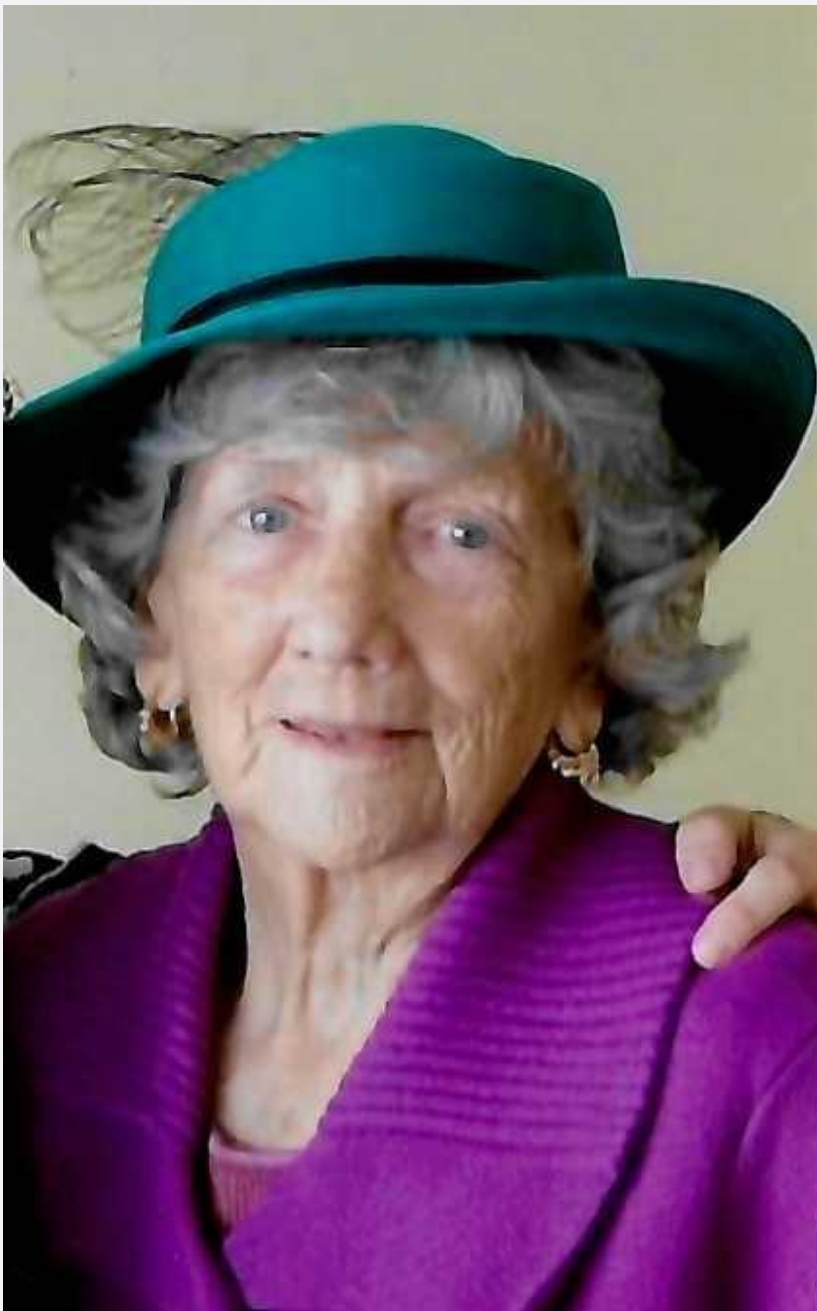 Beloved wife of the late Wilf Cadogan; loving mother of Paul and Susan; adoring grandmother of Jordan and Robin Cadogan, and Matthew, Jonathan, Dan, and Thomas O'Neill; great-grandmother of Charlotte, Madeline, and Elizabeth.

Sheila was born and educated in Manchester UK.  A bridesmaid in her cousin's wedding, she met Wilf, the best man.  He was immediately smitten.  Their courtship was mostly conducted by letter, since she was in the WRAF, and he was a Canadian soldier.  He did have a habit of somehow 'turning up' unexpectedly, however, not easy to do in wartime England.  Demobbed in 1946, Wilf returned to Canada, joined by Sheila in March 1947.  Married in Woodstock, they made their home in Barrie, where they raised their family.

Sheila was a longtime employee of the County of Simcoe Library, and she and Wilf were active parishioners at St Giles Church throughout most of their 60 years together.  After retirement, she volunteered at RVH for 20 years, which brought her great joy.

Special thanks to the staff at Mill Creek Care Centre, her home for the last 7 years of her life, especially to the nurses and PSWs-her 'angels'-who cared for her so tenderly and lovingly in her final weeks; and to Hope, neighbour and friend extraordinaire, who brought sunshine into the room with every visit.

A memorial service for Sheila will take place at St. Margaret of Scotland Anglican Church, 161 Hanmer St W., Barrie, at 11 a.m. on Saturday, February 29th. In lieu of flowers, the family would appreciate donations to Barrie GrandMothers & GrandOthers, part of the Stephen Lewis Foundation http://grandmotherscampaign.org, or a charity of your choice.