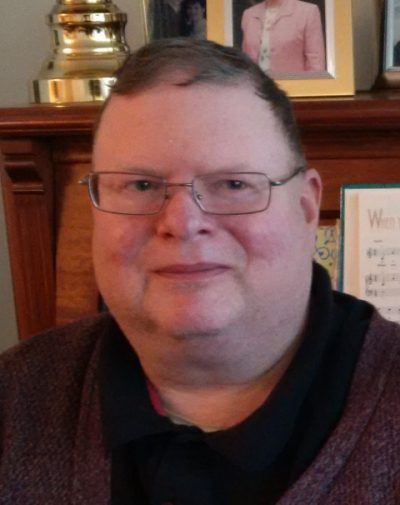 Stephen G. Dugan died unexpectedly on July 23, 2021. A son of Barbara Lenore Clark and John Leonard Dugan, Jr., Stephen was born on December 2, 1959, in Toronto, Canada. Stephen lived in Toronto, New York, Pennsylvania, Connecticut, Ajax, Coldwater, and Oshawa before settling in Barrie. He a voracious reader, enjoying science fiction (particularly Star Trek), movies, travel with friends, bowling, walking, and following his sports teams in baseball, hockey, and soccer. He enjoyed cooking and trying new foods. He was a devoted employee and a proud member of the food service industry before changing careers to serve in Customer Service.

Stephen encountered many challenges throughout life, yet he persisted and remained stoic throughout. Despite recent serious health issues, Stephen remained positive, planning future adventures with his sister, Cathy, and hoping to retire to Elliott Lake. He loved being in a quiet peaceful place, ideally near a lake. He had a superb memory, was well-versed in current affairs, had a subtle, sharp sense of humor, and was verbally facile, often playing word tricks on his sister and beating her at cards, as well. He was a natural at languages, remembering words and phrases quickly and knowing bits of Arabic and regional Philippine.

Pre-deceased by his parents and younger brother, James (Jim), Stephen is survived by his sister, Catherine Dugan, and brother-in-law, Nashat Zuraikat, nephews Laith and Faris (Crystal Miller) Zuraikat, his aunt, Sylvia Dugan, and his Bergey and Dugan cousins.

His family is grateful for the exceptional care provided by his family physician, Dr. David Sliwowicz, over the years, and particularly in the past year. As well, they thank the Barrie Red Cross Transportation service, and Sharon at Overall Independence.

A Celebration of Life will be held at 11am on Saturday, August 14, 2021, at Harmony Baptist Church in Hamilton. Internment will occur at a later date.