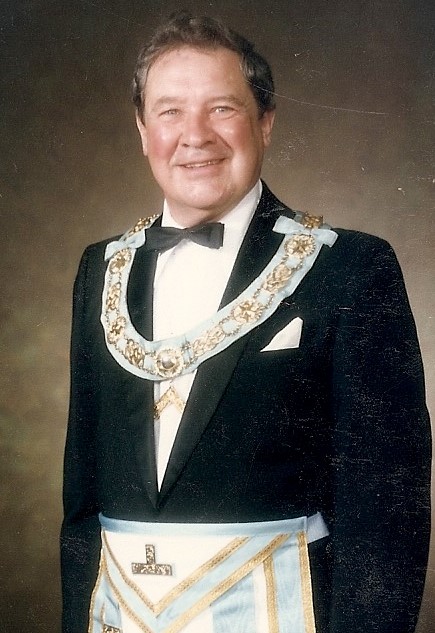 It is with great sadness that we announce the passing of Ben Russell on May 12, 2021 at the age of 94 years.  Ben was healthy until a few days before his death, he died at Amica in Barrie with his wife Peggy Russell, and daughter Susan Edwards at his side.

Ben will be dearly missed by Peggy, his wife of 73 years, his three children, Rick and his newfie wife Susan Reilly, Susan and Jim, his grandchildren Jamie and his fiancé Patty, Sarah and her husband Quentin, Christine and Stephanie, his great-grandchildren Chloe and Mia, the Kolohon clan, and his many friends.

Ben proudly served in the Canadian Air Force for 35 years in exotic places such as Clinton, Edmonton, Ottawa, Fort Churchill, Armstrong, Portage la Prairie, and Borden to name a few. Each move featured three squabbling children in the back seat of a car driven for hundreds of miles to our new military home.

Ben also served many years at the Barrie court house where he was mesmerized by the daily drama played out by miscreants, attorneys, judges and juries. Whenever Ben started into one of his infamous “court stories”, the family would scatter like chickens, all except his faithful wife who never tired of his stories and jokes.

Ben loved his fellowship and time with his brothers in the Masons and Scottish Rite, Ben served as Grand Master of his lodge in Barrie.

When Ben was a young child, he would often be distracted on his way to school. One time he got lost in his fascination with a pond featuring wonders such as minnows, dragon flies, water beetles, birds, butterflies and cattails. He arrived at school two hours late and was promptly strapped by the nuns. But here’s the thing. Ben never lost his child-like wonder at life and people. He was an easy person to like, and young children and dogs could always sense a kindred spirit.

Ben loved his family and his family loved him. Many thanks to the Amica staff who looked after Ben for several years. In lieu of flowers, Ben asks that you hug your family and give your dog an extra treat. A Celebration of Life will be held at a later date.  Arrangements entrusted to Peaceful Transition Simcoe and Online condolences and memories may be made at www.peacefultransition.ca